About a year and a half ago, I received an email from a thirteen-year-old girl named Eliza Schuh, who wrote:

I am with the Brain Tumor Foundation for Children. More than that, I am a recipient of this Foundation. When I was two, I was diagnosed with a stage 1 astrocytoma and was treated the same day. I recovered in only a little more than a week and lived for six years with barely no reminder (except my yearly MRIs) of my unfortunate disease. In 2008, it was brought back to my full attention. The tumor had returned. I was eight and my mother had just been put in remission for lymphoma. It was devastating to go from one disease to another. We made it through, though my recovery was slower this time. Again I allowed the tumor to slip my mind, as a method of trying to preserve my childhood and sanity, until last December when my best friend’s brother was diagnosed with a stage 4 astrocytoma, since then my friend and I have been doing what we can to spread awareness of childhood brain tumors and to collect toys and money for the Brain Tumor Foundation for Children. We had two toy drives at our school to help her brother in a difficult time. We are doing what we can, but not all we can. In order to do all we can, we need help.

And so one morning I found myself at West Egg Cafe on Howell Mill Road, listening to Eliza’s story, along with those of other children and their families who’ve been aided immeasurably by the work of the foundation. What does that support consist of? It can be informational, guiding parents through the confounding maze of treatment and attendant paperwork. It can be psychological, connecting families who can offer each other the solace of shared experience. It can be financial, helping a family pay its mortgage or the cost of travel to a distant hospital. For those lucky children who grow into adulthood, the foundation is there to help them as they wrestle with the lingering effects from treatments.

I approached one of our contributing writers, Candice Dyer, whose story appears in the magazine this month. As you’ll see, it’s not just about the foundation, but about the myriad efforts being put forth throughout metro Atlanta to expand the research into pediatric brain tumors. There’s so far to go, but the work that’s being done, especially by the families of children affected, is nothing short of heroic.

As we were preparing to ship this issue to the printer, I called Mary Moore, executive director of the foundation, which is now the Georgia Chapter of the Pediatric Brain Tumor Foundation. I wanted to see how Eliza is doing.

“She’s doing great,” Moore told me. Eliza turned fifteen in October and is in ninth grade. A few months ago, though, her friend’s brother died of the disease, and it was, of course, a devastating blow. At the funeral, Eliza sang a song, a cappella, as a goodbye to Carson. Moore said, “She sang beautifully.”

More: Read “We Cannot Waste a Single Day” to learn more about this foundation and others 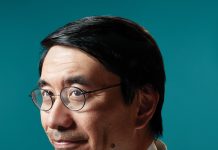 The first time I injected radioactive material into a brain 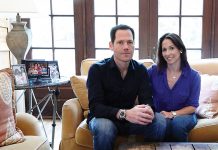 “We Cannot Waste a Single Day”