My one and only restaurant job was in college, more than twenty years ago. Chadwicks, on the northwest edge of Washington, D.C., was not what you’d call a “chef-driven” place. It was the epitome of casual dining: a safe menu (Mother’s Day brunch was chaos), interchangeable friendly bartenders making Manhattans, all in a setting sunk beneath street level—the kind of place you’d expect to see Norm from Cheers. My job was simple: Dress up the dishes (I still can’t bear to look at hollandaise sauce), wipe the edges clean, arrange them on a tray, and run them out to the customers. (This was a place with customers, not diners.) Had I stayed longer, maybe I would have graduated to waiter. Heck, had I stayed longer, perhaps I would have been viewed by Willie and Sam and everyone else there with something besides bored contempt. As it was, I was twenty-one and an obvious short-timer. Everyone knew this, and so they took as much interest in me as they would a stick of butter. Probably less. At least the stick of butter made stuff taste better.

I just Googled the place to find that it’s still open. And has been, since 1982. That’s kind of remarkable. Around six out of ten restaurants fail in the first few years. And the ones that don’t are often at the mercy of forces largely beyond their control: fickle palates, economic downturns, larcenous employees, changing leases. To open a restaurant takes not just faith and courage, but outright insanity.

Fortunately for us, Atlanta has never suffered from a shortage of chefs and restaurateurs who are certain they’ll be the exception to the rule. But the past half decade has been tough on restaurants, as it’s been on all of us. And while it’s too soon to be uncorking the Champagne (unemployment in metro Atlanta is a depressing 8.9 percent), people are dining out again. In the second quarter of 2013, restaurants reported sales were up 4.2 percent over the same period last year. That may not sound like a lot, but compare that with national numbers, which have stayed essentially flat. Robert Wagner, president of NetFinancials, the Atlanta company that conducted the survey on which those numbers are based, called the local performance nothing short of “astounding,” given the metro area’s stubbornly high jobless rate. Of the ninety-two independently owned restaurants Wagner surveyed, a full two-thirds reported making more money than they had in the same quarter a year earlier.

What’s more, Wagner told me, his survey includes only restaurants that have been open at least eighteen months. So all the places Bill Addison writes about this month—places like Gunshow and King Duke and BoccaLupo, places where you have to call days and sometimes weeks ahead for a table on a Friday night—aren’t even reflected in Wagner’s numbers.

One of the things that made Atlanta take off in the 1990s was cheap real estate and a warm welcome for risk takers. Few industries require harder work and greater risk than the restaurant business. It’s exciting to champion the best of the new crop. But mostly it just makes me hungry. 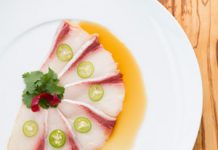