1. Metro Atlanta’s population is projected to top 7 million by 2030. What do you think is the single most important thing that should be done to prevent that growth in population from making our traffic congestion even worse that it already is?

The city should provide more options and choices so Atlantans can get around the region in a fast, clean, and modern manner — rather than the current situation where nearly everyone is forced to drive to every single destination. Like your personal finances, it is wisest to have a diversified portfolio and not have every dollar invested in one stock. The Atlanta region needs a diversified transit portfolio that incorporates rail transit, bus, biking, walking, and, of course, automobile/truck.  Today, you have ONE choice, and it is hurting you by a lack of mobility — even more so by the lack of different ways of living and working.

For the most part, Atlanta is a single-family housing and commercial strip place … one size fits all. You are not providing enough alternatives to drivable suburban living and working, alternatives that should address the walkable urban, higher density, mix-use places where people can take many options to get around. Atlanta has taken small steps in this direction: such as downtown Atlanta’s tentative redevelopment, Decatur’s revitalization, Atlantic Station, and the impressive redevelopment of Buckhead and Midtown. The market wants much more. For example, the walkable urban neighborhoods of Grant Park, Virginia Highland, and East Lake were the ONLY ones in the region over the past decade to show real dollar increases in housing value, compared to an average metropolitan decline of 29% (a very depressing comment on the regional economy and everyone’s household net worth). Until you offer choices in transportation and generate a portfolio of transportation options for neighborhoods and business centers, Atlanta will both continue to choke on traffic congestion and watch the economy stall.


2. Demographers predict that Atlanta‹which has a high proportion of Gen X and Gen Y residents will experience an “age bubble” in the coming decades. How will this cohort influence the future of Atlanta? Do Gen X
and Y look for different things than their Baby Boomer predecessors, and if so, how will this affect growth, development, and/or culture in Atlanta?

3. Georgia has the second highest rate of childhood obesity in the country. What do you think is the single most effective thing we can do to reduce this epidemic (and thus the associated health concerns and costs)?

Atlanta is the home of the Centers for Disease Control and Prevention. When Dr. Richard Jackson was doing research there (he is now at UCLA), he discovered the causal connection between drivable suburban land use and obesity. Driving every where, not being able to walk to anywhere meaningful, accounts for about 30-40% of the reason this country, in general, and Atlanta, in particular, have become so obese, with epidemic levels of asthma and diabetes. These diseases are — if you will excuse the pun — the “soft under-belly” of our country and one of the major threats to our future existence as a great nation. Even the military understands how much of a problem this is, since so many young people are too fat to fight for the country. As Dr. Jackson has remarked, the rising generation will probably be the first generation in American history to live shorter lives than their parents. Building walkable urban places will allow people to get around to most of their daily needs on foot or with a bike (getting unintentional exercise in the process). But that requires investing in alternatives to just roads, including rail transit, buses, biking, and walking.

4. Projections show that metro Atlanta will soon be a majority-minority region, and in the coming decades our demographics will shift even more, with a growing proportion of Hispanic and Asian residents changing the region’s historically black-white biracial composition. How do you think this new multiracial and multiethnic mix will affect culture and politics in the region?

Atlanta is following national trends in this regard. Most metro areas and states will be in the same situation, and we as a nation have to adjust. Last year was the first time in American history when more non-white babies were born in the country than white babies. The biggest challenge is for the older, white-dominated age groups to be willing to invest in the commonwealth of our society. Much of the anti-tax revolt is the older generation’s unwillingness to invest in the future of our country, possibly because that future is demographically unlike when we grew up. This would be a tragedy for the younger generation, for the country’s future, but also, for the older generation. Who else will be working and paying into Social Security, manning the military, and making the economy work, save the rising generations? The American demographic future is actually very bright, far brighter than our economic competitors in Europe, Japan, and even China. But we must invest in the rising generations to see this bright future. Our parents and grandparents invested between 5-7% of the GDP each year in the infrastructure of our country, particularly transportation. We are only investing 1.5 %; this is shortsighted, self-defeating, and selfish. That is one reason the transportation ballot measure Atlantans are facing on July 31st is so important. It is chance to invest in the future, something we have not been doing for decades.

5. When you think about Atlanta’s future, what worries you most?

As I mentioned above, my greatest fear is that Atlantans today will turn their back on the future. They will not invest in crucial transportation infrastructure and basically rely on the road-only infrastructure that certainly worked well in the late 20th century but is only part of the transportation needed in the 21st century’s knowledge-based economy. You were successful in the mid to late 20th century based upon car/truck and air transportation. But the 21st century requires more choice, including rail transit, buses, biking, and walkable places. If you do not invest in the required infrastructure, particularly passing the transportation ballot measure, there is no “Plan B” on the horizon. The Georgia state legislature will probably not give local voters a chance to vote on such a measure again in the near future. If you do not pass the transportation ballot measure, I would suggest someone be polite enough to turn out the lights and take away the welcome mat.

6. When you think about Atlanta’s future, what are you most optimistic about?

I have known Atlanta and Atlantans for over 30 years. You are just about the most optimistic, can-do, open-for-any-challenge metropolitan region I know. Folks from Dallas and Houston offer the only competition. Because the city “is too busy to hate,” the center of the civil rights movement, boasts the world’s largest airport, and hosted the Olympics, we know you can never keep a good Atlanta down — unless you do it yourself. This is why the transportation ballot measure is another Olympic moment for your region.

Remember your history. One of the early names of Atlanta was Terminus. When the stake was driven into the ground in 1837 to indicate the “zero mile post,” there was no reason for Atlanta to be where it is except for civic and business will. Succeeding generations always invested in the transportation infrastructure the next generation needed. Now is the time  — and possibly the last time for a generation — for Atlantans to invest in your future transportation infrastructure, the reason you exist as a metropolitan region. Pass the transportation ballot referendum. 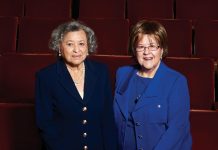