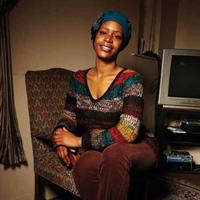 This article originally appeared in our March 2013 issue. Photographs by Neda Abghari.

For decades we’ve heard talk of the need to “do something” about Boulevard, the blighted thoroughfare that runs through the Old Fourth Ward and the King historic district. So when city council member Kwanza Hall declared 2012 “Year of Boulevard” and announced an ambitious plan to revitalize a street known for 24/7 drug deals, kudzu-choked vacant lots, dilapidated storefronts, and the Southeast’s largest Section 8 housing complex, the response was, understandably, skepticism.

Turned out there was something behind Hall’s sloganeering. Things got done.

The Atlanta Police Department opened a mini precinct and area crime went down 14 percent. Wingate Companies, which owns and operates the Village of Bedford Pine subsidized housing development, renovated and painted buildings, and contributed to everything Hall organized—whether summer camps or curbside trash cans. The Atlanta Hawks Foundation gave $50,000 to refurbish basketball courts in nearby Central Park. Members of TedX Atlanta crafted a brilliant branding campaign: “Yo Boulevard!” And those are just four of Year of Boulevard’s three dozen partner organizations—government agencies, nonprofits, churches, big companies like Coca-Cola, and entrepreneurs like TrueValley Landscaping—not to mention hundreds of volunteers.

During nineteen years as pastor of Tabernacle Baptist Church on Boulevard, Dennis Meredith has witnessed other do-gooding. But this effort, he says, “has been the most profound initiative I’ve seen.”

M. Jamil Atkins (pictured above) lived in Bedford Pine as a girl and, despite swearing it would never happen, ended up back there in 2009; as a divorced mom, it was the only place she could afford. The first time she heard “Yo Boulevard!” was during the July block party in front of her building. “I thought it was just a political move,” she said. “I thought they just wanted to laugh and play and have a party like we don’t have any problems over here.” But six months later, as she walked to her job at Wendy’s, a representative of Next Step Staffing, a Year of Boulevard partner, asked if she might be interested in learning about jobs with the city. She attended the 2013 Yo Boulevard kickoff at Tabernacle Baptist and listened as Hall explained to a packed sanctuary what it’s like for a single parent to get a job only to learn it means rent goes up and food stamps go down and you end up worse off. “What he described, that exact scenario, is me,” says the twenty-six-year-old mom with three kids under six. Next Step gave Atkins a temporary job answering phones; she’s hoping to get on with the city’s waste management department this spring.

When thinking and talking about Boulevard, it’s important not to pin all the blame on Bedford Pine. The corridor is home to other pockets of deep poverty, properties in far worse condition, and dozens of known crack houses and flophouses. Yes, crime went down, but it was stratospheric to start with.

Obviously problems that took decades to evolve can’t be resolved in a year. “Mo’ Boulevard,” quips Hall when asked what 2013 will bring. There are three central challenges: revitalizing the area without driving out poor residents, helping people get jobs in a system gamed against them, and reducing the crime that plagues everyone—at every income level—who lives in the area. During 2012 the gentrification stakes got higher as Old Fourth Ward surged—new apartments, clubs, and restaurants; the BeltLine’s Eastside Trail; and the Ponce City Market project.

But a true measure of revitalization won’t be spiffy shops and fancy condos. Atlanta, Hall likes to say, is good at putting up buildings, but needs to work on “building up people.” That’s an approach Jamil Atkins endorses. “People talk about ‘the community,’ like it’s this location, a place,” she says. “But I think of communion in church, of sharing. A community is really like a potluck; everyone brings a little something and we blend it all together.”

Helene S. Mills has lived in the Old Fourth Ward all of her eighty-five years—seventy of them in her childhood home on Lampkin Street. When she was younger, she was an advocate for senior citizens. “I didn’t want to see old people sit at home, with nowhere to go, dying earlier than they needed to,” she says. Her volunteer efforts with groups such as the Council on Aging helped create safe places for older Atlantans to gather; today one facility—at Boulevard and John Wesley Dobbs—hosts activities, an exercise room, and an adult daycare program. It’s named the Helene S. Mills Multipurpose Senior Center in her honor.

“Now I’m a senior myself, I need the services I advocated for,” says Mills, who was a teacher for fifteen years, then worked for the Internal Revenue Service until she retired. More than 1,000 senior citizens call the Old Fourth Ward home. Some live in subsidized housing like Maggie Russell Towers and Wheat Street Towers, others in the same homes they’ve occupied for decades. This year’s efforts on Boulevard add a focus on older residents, both providing activities and urging them to volunteer.

And here’s one tangible result: $1.2 million for infrastructure upgrades on Boulevard, secured by Hall and the city planning office, that will be dedicated to safety improvements—repairing impassible sidewalks, creating clearly marked crosswalks, and adding curb cuts—all of which will benefit wheelchair-bound and transit-dependent seniors.

“Without access to transportation and services, it’s hard for us,” says Mills. “You can’t be independent if you aren’t self-sufficient.”

Marcel Benoit Jr. moved into Bedford Pine in 1994. He was enrolled in a dual-degree program at Morehouse and Georgia Tech, and when he learned about units available to students, he pounced. In 1995 resident manager Edna Moffett asked Benoit and other student tenants to help children with homework. That evolved into Operation P.E.A.C.E.—Positive Education Always Creates Elevation—now a year-round after-school program and summer camp. Moffett’s the executive director; Benoit, the program director. “I was going to be an engineer; all these years later, I realize I’m doing what my mom did as a teacher,” he says. Benoit still lives in the Village; out of its 689 households, only twenty-five are headed by males. Benoit’s the Bedford Pine father figure by vocation and avocation.

“It’s been an amazing year,” says Benoit. What struck him most was a call from a nearby neighborhood association, saying members wanted to buy Christmas gifts for Bedford Pine children. “That had never happened, them calling me. In the past, if I asked, they’d give. But this year they wanted to give, because they’d made that personal connection.”

Lieutenant Douglas E. Little was late for our photo shoot; he’d just wrapped up multiple arrests at a crack house around the corner from the intersection of Boulevard and North Avenue. As he sat on the bench at Boulevard-Angier Park, three young men wearing baggy jeans and broad grins sauntered by.

“Hey, didn’t you just get out?” Little called. The man stopped smiling, walked a little faster. “Robbery,” explained Little, who knows everyone. He’s worked this section of Atlanta fifteen years; when a 2011 APD reorganization meant a transfer, he asked to stay. “I was familiar with the area, and there were projects I wanted to complete.” One project: shutting down the aforementioned crack house.

Boulevard’s reputation, says Little, is “exaggerated by a perception things are worse than they are,” especially Bedford Pine. “People who don’t live in the area drive by, see people hanging out in the park or on the street talking, and assume everyone’s dealing drugs or up to something. Most of them are just living their lives.” The core problem, he says, is absentee owners whose abandoned properties foster crime.

“Originally I was a little skeptical,” the lieutenant says of Year of Boulevard. “I wasn’t sure the resources would be put in the area, but they were.” He’s an omnipresent fixture, there at every cleanup, block party, and neighborhood meeting. Little has recruited cops who share his zeal for community policing. As important as making arrests, he says, is walking around, talking, handing out candy to kids, and reminding people “not every contact with a police officer is negative.”

As regional vice president for Wingate, T. Gene Lockard is the face of Bedford Pine management, the guy under fire when local media—or some of his tenants—slam Wingate as an absentee slumlord raking in tax dollars and ignoring crime and decay. Even Lockard acknowledges some past blame “may have been fair—particularly of upkeep.” But most criticism is misplaced; just as little of Boulevard crime is committed by Bedford Pine residents, neither does a single one of its seventy buildings have a boarded window.

The facts: Bedford Pine has close to 700 apartments, and for each Wingate receives roughly $1,000 a month in subsidies and $72 in rent. Nearby Post Renaissance charges $1,280 a month for a modern two-bedroom flat. With revenue numbers so similar, why do these two products look so different?

“We operate in different worlds,” says Lockard. Some Bedford Pine buildings are a century old, none newer than 1940. Many households are headed by teens. Wingate conducts criminal and credit checks, but HUD mandates accepting eighteen-year-olds—something most landlords wouldn’t do without cosigners and big deposits. The company spends $250,000 on security, donated $20,000 to the Old Fourth Ward patrol, and lets APD use an apartment as a booking center.

But still: $8 million-plus in subsidy income. “We want to reinvest,” says Lockard. Wingate is pushing plans through HUD to build on lots left vacant by a 2005 fire, then redevelop its other property.

Year of Boulevard, Lockard says, has helped Bedford Pine “join the larger neighborhood” instead of being the object of finger-pointing.

“I hate—I really hate—when I hear people talking about ‘living in poverty’ as though it’s just a way of being,” says Rena Walker, thirty-two, who’s lived in Bedford Pine for the past twelve years. “It’s not what you have, it’s what you do with what you’ve got. We do the best we can for our kids, like everyone else.” Walker, a single mom with three daughters aged nine to fourteen, says she knows she represents, statistically, Bedford Pine—where the average annual income is $3,000 and two-thirds of households are headed by single mothers aged eighteen to thirty-five. But she says she and her neighbors shouldn’t be treated as a monolithic bloc; there are statistics, but the stories behind them are all different.

Walker grew up in Clayton County and got pregnant in high school. She tried to graduate, but without childcare, she couldn’t keep up. Another baby came a year later, and she was forced out of her parents’ home and moved to Bedford Pine, the only place she qualified for assistance. She’s spent every day since trying to make things better for her girls, taking them to art and dance classes, joining the PTA, helping after school. She’s starting an errand-running business. It’s something she can do while the girls are at school, letting her bring in something extra without leaving them home alone. Their apartment is close to the North Avenue shopping center where a January gun battle turned deadly. Walker heard every shot; nine-year-old Kaniya hid in her bed, terrified.

“Most of us don’t want to ‘live on the system,’ but the way the system works, it sets us up for failure,” she says. “I refuse to let my daughters grow up to live off the system.”

>> Year of Boulevard Updates are posted on our Daily Agenda blog. Read them here.