At first glance, the Porter appears to be merely a handsomely scruffy bar favored by the Little Five Points crew. But take a gander at the menu. The drink list is a world tour of booze—not simply pages and pages of beers, but a dashing assemblage of cocktails and some serious bourbon options. While the regular offerings consist mainly of affable pub grub, Nick Rutherford (who owns the Porter with wife and fellow Seeger’s alum Molly Gunn) raises the bar when it comes to the specials list and the brunch menu.    Best of Atlanta 2013: Standard Setter  In their lovably scruffy Little Five Points digs, husband-and-wife owners Nick Rutherford and Molly Gunn preside over the city’s largest selection of beer. Their list surpasses 800 options, with an especially impressive roster of American stouts, Danish lambics, and other stunners that age gracefully. 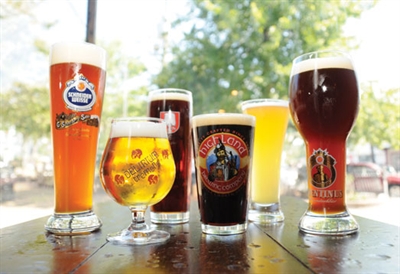