Old fans are returning in droves to this new version of Brasserie Le Coze, the French restaurant that started in Lenox Square, moved downtown under a new name, and resurfaced on the ground floor of the Ritz-Carlton Residences in Buckhead. Owners Fabrice Vergez and Cindy Brown hired executive chef Philippe Haddad, a seasoned gun from Belgium who impresses with classics such as huge escargots in the shell, steamed mussels and french fries, and braised rabbit leg. Legacy specialties like white bean soup with truffle oil and skate wing sync well with new additions such as sea bass with morels and leeks and sweetbreads with chamomile. In a city that often disappoints Francophiles, everything from F&B’s bread service to its crepes Suzette reminds us of the romance of French dining. 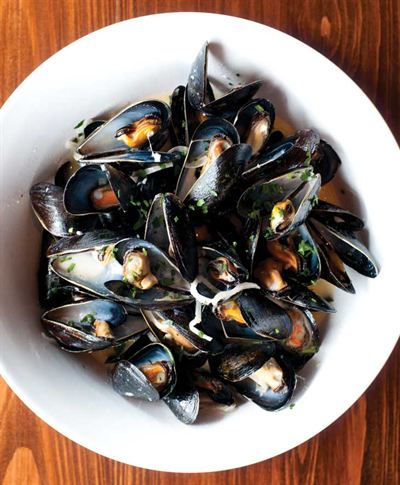