If the fancy French cuisine and grand design that defined Joël couldn’t cut it at the edge of Buckhead, will the all-American charmer that has taken its place thrive? Muss & Turner’s owners Todd Mussman and Ryan Turner have plenty of fans following their new venture. Design firm AI3 reoriented the dining room into a country-cool environment (velvet Elvis included) with a comfortable bar housing an impressive collection of bourbons.

Executive chef Chris Hall lets the glamorous kitchen that he inherited influence his style: His highly caloric dishes could lose the heavy-handed sauces lavished on entrees such as spaghetti with crabmeat and sea urchin. Charcuterie—both homemade and curated—is a major strength. 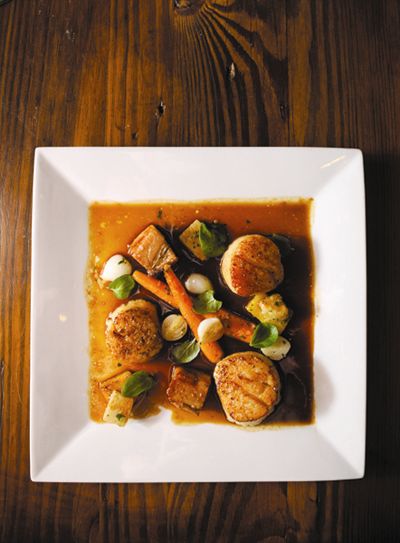