The owners behind this high-profile spot at Twelfth and Peachtree know how to circulate a marketing message. In media coverage, the same phrases appear over and over: “the steakhouse for women,” “steak for the stiletto set,” or (its official slogan) “not your daddy’s steakhouse.” And the concept—lighter food, frillier drinks, and glossier digs than your average chophouse—apparently has legs: Locations have opened in Los Angeles, Las Vegas, and Miami since the New York original appeared five years ago.

The steaks that come in small, medium, or large are respectable, and this is a safe choice for a client dinner. But the sugary cocktails feel passé in Atlanta, and much of the food (foie gras layered with almond brioche French toast, plenty of salads for the waistline-conscious, “shrimp rice krispies” with shrimp chips that crackle when bisque is poured over them) smacks of corporate gimmickry. 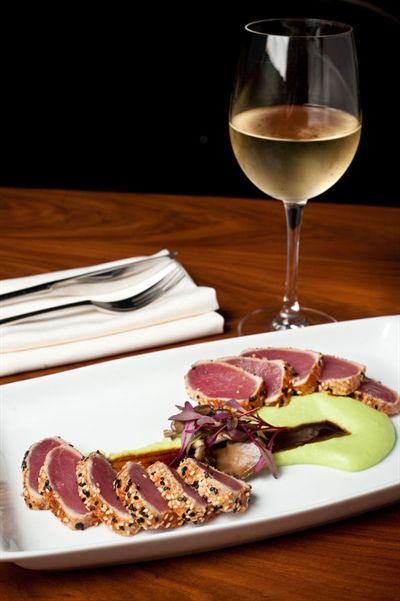