Empire State South aside, Midtown restaurant openings in recent years have been dominated by highly conceptualized, proudly corporate operations where dining often feels as much like the fulfillment of a business plan as it does an act of nourishment. The Lawrence, which opened in mid-March 2012, helps to shift that imbalance with indie spunk and outside-the-box dishes like gnocchi in fennel frond pesto paired with pork rinds.

The owners—including Patrick La Bouff, who also runs the roving supper club Dinner Party Atlanta, and Darren Carr of Top Flr and the Sound Table—are hesitant to label the restaurant. But given the handsome, wood-lined interior and equal focus on food and drinks, it’s safe to call the place a stylish gastropub. Eric Simpkins, one of the city’s pioneering mixologists who previously poured at Drinkshop, mans the handsome bar with a focus on artisanal gins. 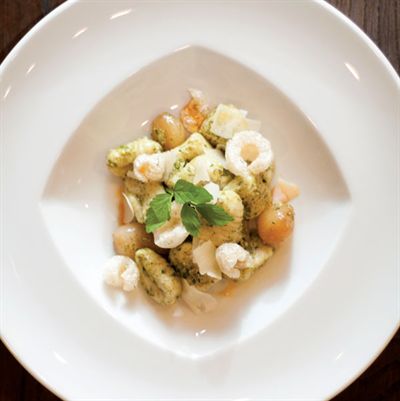