Georgia Honey Farm Raw Wildflower Comb
Raw honey is packed full of antioxidants and can help heal wounds and improve digestive function. Eat it alone or with the comb, which can be crumbled over salads, oatmeal, or desserts. $14.95 for 12 ounces PB2 powdered peanut butter
Tifton-based Bell Plantation presses peanuts to remove the fat, resulting in a powder that can be reconstituted into a spread or added to smoothies or sauces. A two-tablespoon serving of PB2 has 45 calories, compared with 190 in ordinary peanut butter. $27.16 for a case of four ButterCups
Made from butter, olive oil, avocado oil, and whole-milk kefir, ButterCups butter spread has less than half the saturated fat, cholesterol, and sodium of regular butter. Manufactured in Orchard Hill, it’s available in multiple flavors like sweet cream with sea salt and olive-garlic. $6 for 12 ounces, Kroger and Peachtree City Farmers Market Oliver Farm unrefined pecan oil
Pressed by a fifth-generation farmer in Wilcox County, this oil is free of artificial additives and has a relatively low saturated fat content (7 percent, compared with 17 percent for peanut oil). $15 for 8 ounces, Preserving Place, Strippaggio, and oliverfarm.com Mana In Our Foods
These mostly vegan, organic meal kits were developed by Athens mom Alyssa DuVall. We like the coconut lentil curry and spicy black bean and quinoa sliders. $7 each, mana-foods.com Ogeechee Gold Ginger Ale
Turmeric, a natural anti-inflammatory, adds a bright yellow color to this organic drink, which is also flavored with digestive-soothing ginger and galangal (a root often used in Asian cooking). $3 for 12 ounces, Star Provisions and Preserving Place

Five Pritikin Recipes for You to Try at Home 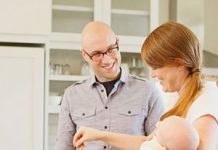