Home Medical Concussions on the brain 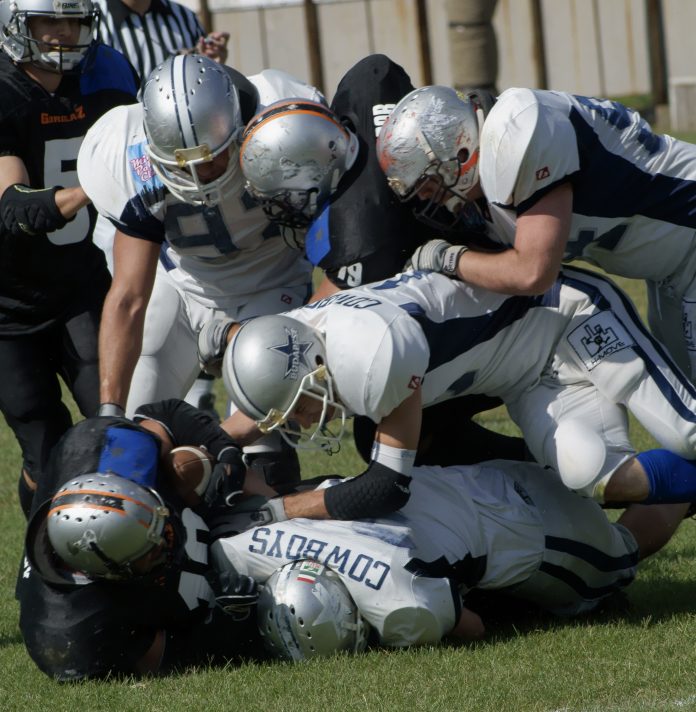 If your child plays football or soccer, cheerleading or lacrosse, no doubt you’ve worried about concussions. A study released this month in the journal Radiology is the first to find that even one concussion can cause changes in the brain with possible long-term consequences. David Marshall, MD, medical director of the sports medicine program at Children’s Healthcare of Atlanta, talks about the mysterious brain, concussion prevention, and whether he’d want his kids playing football.

Why do doctors say concussions are often mysterious?
There’s no test you can do to prove it. You can’t do a blood test. You can’t do a standard CAT scan or MRI. There’s no, “Aha! I knew it!” like you can with mono or a torn ACL. We can do a lot of tests to show that it’s nothing else. Plus, no two concussions are alike. Some kids aren’t bad at first but take several weeks to months to get better. Others are throwing up with bad symptoms but in seven to ten days are fine. Years ago, we tried to grade concussions: mild/moderate/severe. Now, the grading system is abandoned. We treat them individually.

If a child has a concussion, should parents have them stop playing?
One hundred percent of the concussion kids I see ask, “Should I stop playing? When should I retire?” To me, it’s a family decision. We do know the more you get concussed, the more you’re at risk of getting concussed. After the first one, there’s up to a four times risk of getting concussed again. And that often occurs with less of a blow. And symptoms seem to last longer with every concussion. That tells us maybe the brain remembers and maybe we never fully recover from a concussion.

I think it all depends on how severe the previous ones were, how much they want to play their sport. A lot of variables go into how that question is answered. There are no studies or literature that says this number is okay, that number you have to retire.

After a concussion, do you know the effects immediately?
Parents say, “What does this mean? Will he always have headaches? Will he always have difficulty in school?” For the vast majority of kids the answer is no. There’s no way to predict at the time of injury whether it is going to be a slow or long recovery.

Georgia House Bill 284 would require coaches and trainers and anyone else who works with student athletes to have concussion management plans. How important is this?
This Return to Play Act mandates that concussions are treated properly. The law will require that athletes, coaches, and parents be trained in concussions and know what the signs and symptoms are. It’s basically forcing people by law to do the right thing. Just like the bike helmet law and seatbelt law.

Can parents do anything to help prevent concussions?
Choose your sports wisely. Clearly running track you’re much less likely to get a concussion than if you’re playing lacrosse. Some sports are a much higher risk of head injuries than others.

How big of an issue is this?
It’s a huge issue. In 2012, our practice saw 2,200 concussion visits and this is an orthopedic surgery practice. We’re not supposed to see concussions but because we see sports medicine, people come to us. I would say concussions are at the forefront of medical research. A lot of parents are choosing different sports for their kids because of concussions. I talked to the director of a local football park and he said signups were down 25 percent this year and I think concussions are part of the reason.

Do you have a son? If so, do you let him play football?
I have a fourteen-year-old son and he does not play football. If he did want to, I’d have to think hard about letting him play football. The object of football is to run into a guy as hard and you can and hit him so hard to knock the ball loose. There’s no other sport where the objective is to collide as hard as you can.