Home Healthy Living Elderburbia: Why aging in Atlanta is hard 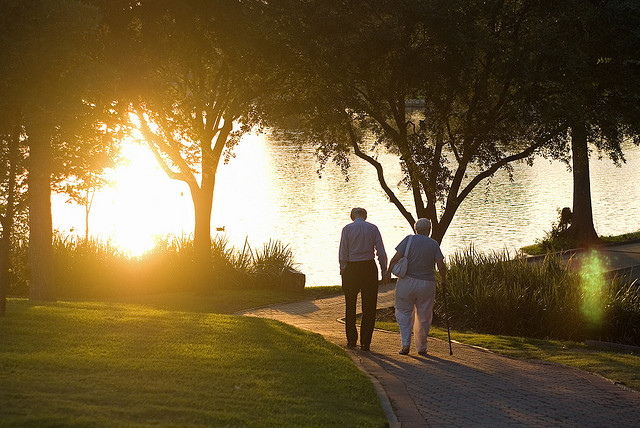 Subdivisions and urban sprawl aren’t too kind to an aging population. Being car-dependent puts a damper on seniors who want to be able to walk or take public transit around their homes to get out and about. That’s just one of the many reasons metro Atlanta could use some work when it comes to being elder-friendly.

So says anthropology professor Phil Stafford, author of “Elderburbia: Aging with a Sense of Place in America” and director of the Center on Aging and Community at Indiana University.

Stafford will speak Friday at a workshop sponsored by Congress for the New Urbanism Atlanta. Along with panelists from the AARP, the Atlanta Regional Commission Aging Resource Group, and the Georgia Health Policy Center, he’ll discuss what the area could and should be doing to help an aging population live here more easily. We talked to him before he came to town.

Is this anything unique to Atlanta or is it a problem faced by other major cities?
It’s a problem everywhere. But work has continued in the Atlanta region to advance the Lifelong Communities movement. Atlanta has become pretty well known nationally and internationally for that work. It grew out of a series of charrettes organized by the Atlanta Regional Commission. This was a series that focused on aging in a number of communities around the Atlanta area, urban as well as suburban. Farther out can be the most problematic because suburban sprawl communities are not really designed for that. These are large residential areas that are zoned for single-purpose use as well as communities that are auto dependent, and of course Atlanta is known for that.

Have there been success stories?
One community in particularly I’m familiar with is Mableton. The charrette there designed a new town center for the community that focuses on creating a community for all ages. It’s probably a twenty-year plan but they’re starting to make headway on it. They’ve done some work on streets to make them more pedestrian-friendly. They’re also connecting the schools with senior programs.

In general, what has to be “fixed”?
In many ways, it’s a job of retrofitting communities and addressing some of the problems that suburban living provides for people who are trying to stay put in their homes. People who are driving less or are giving up their automobiles but find themselves isolated from basic services or other amenities. Street patterns that aren’t designed for multiple modes of transportation: foot traffic, bicycles, public transportation. Cul-de-sacs that are too narrow for buses to navigate. Building patterns that isolate neighbors. Homogenous housing versus a variety of housing types including senior housing options.

How is the problem being handled?
There still is a trend in the senior housing industry to develop in green field developments–out far from the community where the land is cheap and people become dependent on the facility for all their needs to be met, and as a consequence, the cost goes up. I’m going to be learning about a green field development being designed in Conyers in a way that replicates an older pattern where people can walk to services and amenities with housing for people of all ages.

Do you think we’re making progress?
I think awareness is building. I think communities are looking for new ways to finance and incentivize this kind of development. It can be kind of expensive to build the infrastructure for people who are older and people with disabilities when we’re talking building sidewalks and town centers.

I think in a lot of way the solutions are to be found in urbanism, even in a small scale. We have a lot of small towns dying on the vine because senior housing is being built out of town. There’s wonderful intact downtown fabric that has a lot of potential for revitalization. Creating a better environment for seniors to live in, work in, play in, and shop in is one piece of the puzzle to the revitalization of small towns and cities.