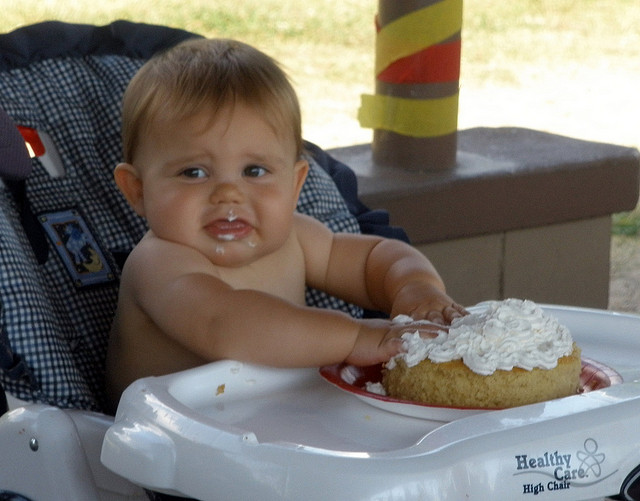 Published last week in the New England Journal of Medicine, a study by researchers from Emory’s Rollins School of Public Health suggests that the development of obesity is mostly set by the time children enter kindergarten.

The research was led by Solveig Cunningham, PhD, an assistant professor in the Hubert Department of Global Health at Emory. She talked to us about her team’s investigation.

What was your main finding?
Our study was focused on the incidence of obesity—when kids who weren’t previously obese became obese during the elementary school years. The incidence is actually higher during the very early elementary years and decreases thereafter. We also found that kids who entered kindergarten overweight were at higher risk of being overweight than those who were at a healthy weight when they started.

What makes those pre-K years so critical? Do you have theories about why young kids may be so vulnerable?
Increasingly we’re seeing the emergence of the discussion of the very first year, the first 1,000 days that are so formative. There’s research that health and nutrition may even be associated with chronic disease risk decades later. We know those early years are important and we’re focusing on them. For our study, our children were starting at age 5. This is when we know that tastes are being set, preferences are being set, and kids are sucking in everything around them. It’s definitely a formative age in every way.

What can parents do—before age five—to keep kids at a healthy weight later in life?
In this study we haven’t focused on specific behavior or environmental factors. The fact that there is impact to those early first years does suggest that a good family environment is important. One of the things we found is some indication that weight at birth is associated with subsequent obesity risk. It starts early. We need to find out how early and what can we do about it.

Why were you so interested in this topic?
I’ve been working on childhood obesity for several years now. I came to it with a focus on the family and the social environment and health. I’ve been focusing on obesity but with an interest in family norms and family resources and peer pressure and social networks. I was trying to understand what are the components of the home environment that may be important? What are the roles of peers? How early do peer influences begin? That’s one of the things I’m interested in as a parent. Even with little kids, you hear them talking about healthy weight, what’s fat, what’s yummy.

What’s next? What do you hope the research will accomplish?
How early do risks begin and what are the factors that are involved, especially during childhood. Most importantly, what are the modifiable risks? What are the things that we can do to make a difference?