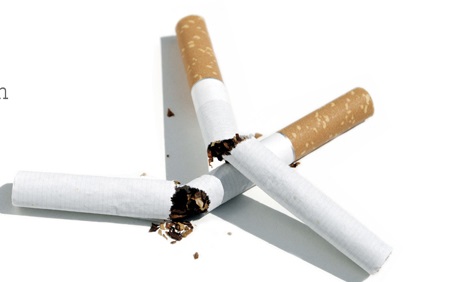 Georgia State University’s School of Public Health and its partners will receive $19 million over five years from the FDA and the National Institutes of Health to create one of fourteen Tobacco Centers of Regulatory Science. Announced today, the grant is the largest in the university’s history.

The center will be led by Michael Eriksen, dean of the university’s School of Public Health. The research focus will be on the decisions people make surrounding tobacco use.

Eriksen is a global crusader against tobacco. He testified before Congress when he was director of the Office on Smoking and Health at the CDC and was an expert witness on behalf of the Department of Justice against the tobacco companies. He is lead author of the book and website, The Tobacco Atlas, a visual bible of all things tobacco. We talked to him about the grant.

Why is this a big deal? Haven’t we spent billions on tobacco research? What’s different now?
I’ve been at Georgia State for 10 years. Before that, I was at the CDC for 10 years. In 1994, I started working with the FDA on their efforts to regulate tobacco. They tried, during the Clinton administration, but they were sued by the tobacco companies that they didn’t have the authority to do that. In 2000, the Supreme Court ruled that they could do that but they needed authority from Congress. In 2009, they signed it. Today, the FDA is giving $250 million over the next five years to fulfill their regulatory oversight responsibility. It has taken nearly 20 years for today to happen. This is two decades of effort that, starting today, is about funding fourteen universities to do the research the FDA needs to provide the scientific evidence for the regulation of what is the number one cause of death in our country.

This is just an opportunity to make a difference and to really focus on something that is hugely important and that kills more people than anything else in our society. Over 400,000 people die per year because of smoking.

What will Georgia State’s part of this research be?
At Georgia State, we’re focused on these novel products like e-cigarettes and hookahs. But more than that, how people go about their decision making—what product to use and whether to quit or not…Here, we’ll be looking at risk perceptions. We’ll look at how people perceive these products and then how to give them information in a way that they can process it and act on their own best interest. That sounds very simple. But with these new products, we don’t know whether they’ll be a panacea or a problem and could get more people addicted to nicotine. We will be doing research to see how people perceive the products, what factors go into make decisions to use them, and we will be providing the scientific evident to make the proper regulatory decisions with the goal of improving public health. It’s all about having scientific, objective evidence as opposed to marketing campaigns from the tobacco companies.

What is the ultimate goal—to make everyone stop smoking?
In some ways, yes. One out of two lifetime smokers still die. Smoking is so grossly harmful that it wouldn’t be allowed if it wasn’t a product of 100 years of history. Tobacco companies in this country are developing alternative products that deliver nicotine without smoke. Even the tobacco companies are moving away from smoking…New products all eliminate smoke. If you eliminate smoke is it better? It may be better, but is it safe?

Haven’t we had great success in the war against tobacco?
Tobacco control, the efforts to get people to stop smoking, has been recognized as one of the greatest public health accomplishments of the 20th century. We’ve reduced in half the number of people who smoke in the last 40-50 years. However, over 40 million Americans continue to smoke. Smoking rates are highest among high school dropouts, blue collar workers, people with mental illness, and people below the poverty level. About 70 percent of smokers want to quit smoking and wish they had never started. The problem is hidden a little bit but it’s not hidden from the harm it causes. What’s changed is the tobacco companies have been found guilty in the court of public opinion so they’re shifting from the traditional way they’ve done business to nicotine products that are sucked on or chewed or inhaled that don’t contain smoke. There’s a revolution occurring without objective, scientific data. That’s why these grants are being funded.

Are kids and teens latching on to these new smokeless products?
Just last week, the CDC released a study that use of e-cigarettes among teens doubled between 2011 and 2012. They can be flavored with chocolate or strawberry and can be advertised because they’re not considered to be tobacco products. Google “Jenny McCarthy and e-cigarettes.” You’ll see the sex appeal and sophistication are being replayed now as they were 30-40 years ago. We don’t know if they’re dangerous. Whether it’s going to be a blessing or a disaster needs to be ascertained through objective, scholarly research.