Home Medical High prices at some Atlanta hospitals: Do they mean anything? 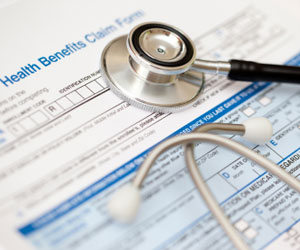 Earlier this month, when the federal agency that runs Medicare released a database of hospital prices, it felt as though closely held secrets had been unveiled. But soon, there were just more questions: Who charges the most or the least? Why are some costs so high? And if you have insurance, does it matter?

The release was part of an Obamacare push to improve consumer awareness in healthcare—possibly spurred on by Steven Brill’s March expose of inflated hospital charges in Time magazine. The Centers for Medicare and Medicaid Services (CMS) database showed that some hospitals had list prices that were four or five times higher than prices at other hospitals. In Atlanta, for-profit hospitals—North Fulton Regional Medical Center and Atlanta Medical Center in particular—were frequently at the top, as the most expensive.

Hospital leaders argue that these list prices are essentially meaningless because insurers pay much lower rates and uninsured patients can get discounted care. “We’ve talked to hospital CFOs around the state. Several have said nobody pays these list prices. Nobody,” says Kevin Bloye, spokesman for the Georgia Hospital Association.

Tenet Healthcare Corporation, parent company of North Fulton Regional Medical Center, says it provides discounts “comparable to those negotiated by insurance plans” to all uninsured patients. Atlanta Medical Center also asserts that “for the uninsured and direct pay patients, we provide discounts comparable to those negotiated by insurance plans.” The prices reported by Medicare evolved from a time when hospitals were paid based on a discount off charges, and now are as obsolete as the rack rate listed on the door of a hotel room, one hospital administrator said.

Yet it stands to reason that the wide variation in list prices also reflects a variation in actual charges. A cottage industry of billing advocates has evolved to help the uninsured and underinsured negotiate their hospital bills. There are also new tools for healthcare shopping. For example, Healthcare Blue Book, a web-based site that uses data from actual charges, says a “fair” hospital bill for a hip replacement would be $23,240.

High prices have the greatest impact on people with high deductibles, who go out of their insurance network, or who have no insurance. But ultimately we all pay, if only through our deductibles, copays, and insurance premiums.

The price list “reveals some things that are disturbing,” says Bill Rencher, director of the health access program at Georgia Watch, a consumer advocacy organization. “But I’m hopeful that with this transparency and the attention the issue is getting, that there will be more demand placed on hospitals by consumers for hospitals to be accountable.”

The best place to get cost information is from your insurance company, says Bloye. But hospitals are adapting to a new demand for price information from patients. “Everybody realizes that this is the new normal,” he says.

Look for more information on controlling your healthcare bills in our upcoming Top Doctors issue in July.

What’s the future of legal abortion in Georgia?