Home Fitness Love-31: Picking tennis back up at Piedmont Park 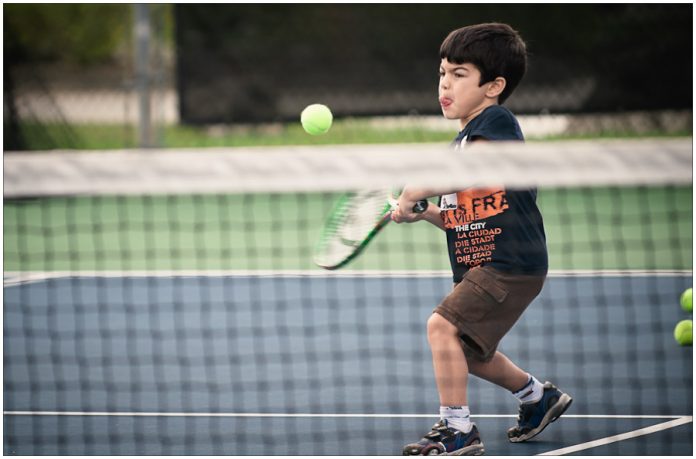 Yesterday, I played tennis for the first time in about six years. Nothing about the game has changed since I was twenty-five: same balls, same court, same racquets (basically), and same odd scoring system. But I am older. Let me back up: I was once the number-one player on a very mediocre tennis team at Paideia High School. We never won state or anything, but I had good groundstrokes and a decent net game. Tennis was my family sport—an uncle was number one in Georgia at twelve, grandmother won southeastern doubles titles when she was over sixty—and I had (narrowly) fulfilled expectations. As far as racquet sports go.

Then I went to college, played my roommate from Montana once in a while, and generally let my athletic aspirations evaporate in a puff of smoke. A move to the thin air of Santa Fe, New Mexico, after college saw far more “adventure” sports enter my repertoire, but even less tennis; swinging a racquet seemed like a waste of the mountains nearby. Finally I moved back to Atlanta, where I hadn’t touched my CTS Synergy—except when I saw it in the closet and, feeling sentimental, held it a few times—until yesterday.

It turns out that playing tennis is not at all like riding a bicycle: There is a painfully steep re-learning curve.

The scene of my re-education was Piedmont Park’s Sharon Lester tennis center, where I’d heard you could get good private lessons. It was the first day of sun after a fortnight of rain, and the courts were nearly full when I arrived at 2 p.m. I did a few necessary stretches, a pre-exercise habit I’d picked up over the previous six years of aging. Too late, I realized I’d forgotten my glasses; I hadn’t needed them when I was twenty-five.

Tory Martin, my enormous instructor, is a recent graduate of Morehouse College, where he starred on the tennis team. He’d been hitting with gifted thirteen-year-olds when I showed up, and he quickly put me through my paces just as he had them. First came forehands, which I sprayed, cussing, all over the place. The racquet felt like an épée as I tried to guide balls over the net. Tory, oblivious to my tennis pedigree, spoke to me as he might a child: “I want you to think of five pictures,” he said. Those pictures broke a swing down into its parts: ready stance, step, reach, contact, and follow-through. My follow-through was the main problem, he said. I suggested that poor vision might also play a role, but he was right. Once I began to “swing” rather than “push” the ball, I started to hit a few winners.

I am a romantic and occasionally delusional soul, and I’d spent the previous weekend watching Wimbledon, so I of course imagined that my tennis game would somehow resemble Andy Murray’s on this day. Not so. But my backhands were far less rusty than the forehand: I got a few “wows” from Martin as they skidded (were those sparks?) off the service line, where he stood, calmly telling me to keep my shoulders pointed in the direction I wanted the ball to go. He kept the instruction simple, and, by and large, it worked.

“I’d be happy with that as my first day back after a few years,” he concluded, when the hour mercifully came to its end. I told him I’d be back again, to see how my serve and volleys—which we didn’t get to—had fared the six-year hiatus. But no hitting with thirteen-years-old ringers, okay? I’m not ready for that yet.