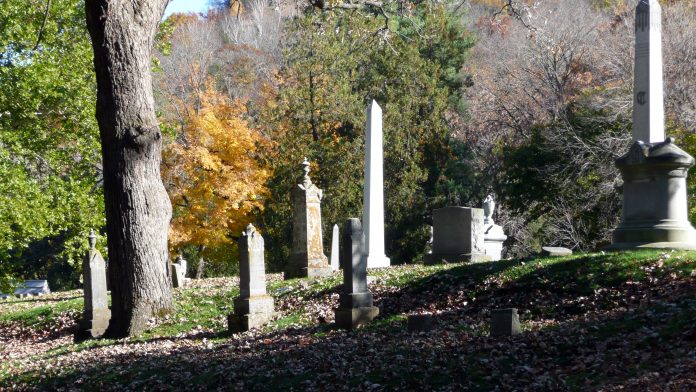 Being sad can make you sick. How we deal with grief affects our health, says Toni P. Miles, director of the Institute of Gerontology at the University of Georgia. She’s spearheading a research project studying the connection between loss and health—and how to deal with it.

Miles believes grief can get some of the blame for our problems such as depression, obesity, diabetes, smoking, and hospital visits.

What is your research project all about?
We live in an aging society and lots of people are losing family members. We’ve done surveys in Georgia for the last two years. About 10% of people in the state experience the loss of one or more family members; 40% have two deaths or more. From a public health perspective, loss is a public health issue for the survivors. Public health loves to talk about how many deaths they’ve prevented, but they never talk about the mortality effect on the bystanders, the people left behind. That’s really what we’re after here…the bystander effect.

What so far, do you know is the connection is between grief and health?
We’ve taken a look at middle aged people who’ve stopped smoking and then have had a parent die. They’re about 20% more likely to take up smoking again. We spend a lot of time beating up on people about smoking. What we don’t recognize is that maybe the treatment is grief counseling, maybe not just wagging our fingers in their faces about smoking.

And there are other effects from grief other than smoking?
We call it moving loss from the left side of the equation to the right side of the equation. That’s how data analysts tend to look at things. One, depression, is obvious. Also, we’re looking at what’s your likelihood of being overweight if you’ve recently lost a loved one? There’s a woman at Georgia State University, Terri Lewinson, who has studied homelessness among older adults. Well, 20% of them report a death of a caregiver around the time they became homeless.

We’re exploring this loss business in a global way because these small bits of evidence are leading that way. It’s a global health issue, not just a personal issue for the family.

Why are you interested in the link?
I am a physician by training and have also been a gerontology researcher for more than 25 years. Those two together—plus my own personal experience because I’ve been around for a while—have given me a point of view. As a physician we’re always trying to get patients to do advanced directives, end of life plans. The research surrounding how people make those decisions and why they refuse is pretty limited. From a clinical perspective, I’m interested in why that’s so.

From a personal perspective, I’ve had relatives die in the past two years. At the time you don’t realize it’s affecting you in that way. Oh, I went back to work. I’m tough. But watching my family members respond to these losses has also helped me see the connection between loss and bad health for the survivors.

If we know there’s a link, how will that help us? Is it a treatment issue or an awareness issue?
Well you can’t treat it unless you are aware. A number of people die in hospice. Even though you know it’s coming, you are still affected by it. Medicare has a hospice bereavement benefit that very few people are aware of or take advantage of. The folks who deliver hospice care understand they are taking care of families too, but don’t understand how really, really important it is that they encourage families to take advantage of this benefit. One goal is to make people aware help exists.

There’s a tendency for all of us to say, “I’m tough. I can make it through this.” And we do. It’s our species or life doesn’t go on. But during that time when feelings are raw, it helps to have a little extra kindness.