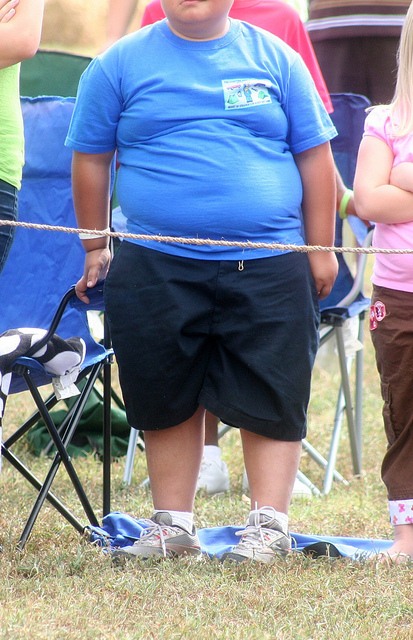 Although the definition doesn’t exist now, the AHA is suggesting a category of “severely obese” children as those who are those over age 2 with a body mass index (BMI) at least 20% higher than the 95th percentile for their age and gender.

We asked Dr. Stephanie Walsh, medical director of child wellness at Children’s Healthcare of Atlanta, to weigh in on child obesity and what parents can do. CHOA’s Strong4Life program offers tips and a wake-up call video about what parents are doing that sets kids on the path to weight problems.

What does this obesity news mean?
There aren’t really definitions for the severely obese and morbidly obese, particularly when dealing with adolescents, those terms aren’t clearly defined. The point is that we are seeing children who are extremely heavy and dealing with those complications that we are concerned about—diabetes, obstructive sleep apnea, high cholesterol, high blood pressure—basically those grownup diseases we don’t want to see in childhood.

Why does the definition matter? Is that for doctors, parents, or both? Is the terminology to scare parents and make them realize this is serious?
The reason to have a definition is really for the provider to realize that there are certain points where you are at a much greater risk for complications from weight. Using a term like that with a parent doesn’t really facilitate a productive conversation. It can be a turnoff. It doesn’t help your bond with your patient. If there’s another way to say it and get the term across, let’s do it.

The focus needs to be on behavior. The person who is overweight or obese can’t change that tomorrow. They can drink more water. At Strong4Life, we don’t give weight goals, we focus on behaviors because you can control your own behavior. It’s really for providers to realize that with increased weight comes increased risk.

What are the safest, most effective ways of getting healthy and losing weight?
I think it’s actually simpler than we make it out to be. Strong4Lif has four healthy habits:
Drink more water and less sugar.
Fill half your plate with fruits and veggies.
Limit screen time to one hour.
Be active for one hour.

Pick one you want to work on. If you’re not active now, work on 10 minutes. Being healthy is a journey. It’s not something you achieve and you just stop. Sometimes with our lives we have different stressors and we get off track. But then we have to get back on track. I think things get complicated when people start talking foods and organic and fresh and frozen. Make it simple. Focus on the things you have control over.

According to the CDC, Georgia has one of the highest rates of childhood obesity in the country.
If we continue on the same trajectory in the state of Georgia, we’ll have over a 50% obesity rate by 2030 which is just frightening. The thing is that this is preventable. This is something you can actually do something about. There are things in the world where we have no control. But we can change this course and make our kids healthier. And we have to. We really don’t have a choice.