Home Medical On the lookout for measles in Georgia 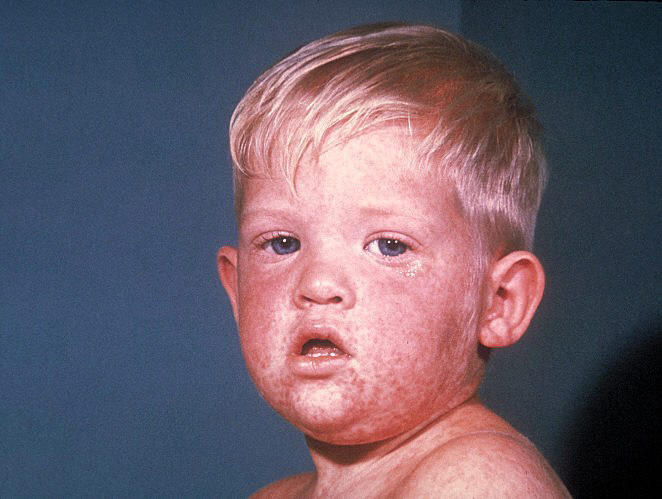 The measles are making a resurgence. The CDC reports 159 documented cases across the country as of Friday. So far, there haven’t been any cases in Georgia, reports the state department of public health.

While once a common childhood illness, measles was basically wiped out in North America with the advent of the MMR (measles/mumps/rubella) vaccine in 1963. The few cases that popped up typically came from travelers to other countries where the virus was still prevalent. But then some parents began refusing vaccines for their children making them more vulnerable to infection.

More than two dozen of the new cases are in Texas. Most of those who became sick were members or visitors of the same church and either were never vaccinated or had no record of being vaccinated.

We asked Renee Watson, RN, CIC, manager of Infection Prevention and Epidemiology at Children’s Healthcare of Atlanta, to talk to us about measles.

Why is a measles outbreak such a big deal?
Whether you’re working in a hospital or other medical setting, the diagnosis of measles makes everyone put everything else they’re working on on the shelf. It’s an emergency. One case is considered an outbreak. The morbidity and mortality with measles is extremely high meaning you get really, really sick or you can die. In 1990, there were 30,000 cases. Now we have an outbreak with 159 cases. There should be an uproar over any vaccine-preventable disease.

Who should get vaccinated and when?
The first series is given at 12-18 months. You get the second at 4-6 years. You can’t even give the first MMR until that child is a year old. If a child less than a year old is exposed to measles, it’s highly detrimental. Cancer patients, bone marrow patients, anyone whose immunity has been intentionally knocked out…they’re highly vulnerable.

Is there any treatment or cure?
No, it’s supportive care only, meaning if there’s a fever, for example, we try to bring it down. Mortality rate used to be 30 percent. Now it’s three per 1,000 cases (.3 percent). It doesn’t sound real high but when you think about how preventable it is, the chances of measles progressing to pneumonia, that’s usually what folks die of.

If you had the shots, are you 100 percent protected?
It will protect 99 out of 100 people if you are fully immunized. It’s not perfect but, by golly, it’s getting there. We have what’s called herd immunity. When you immunize the herd, the people who are not immunized have less chance of getting it.

What causes an outbreak? Who is patient zero?
It could be imported. We have a very mobile society. Measles is still rampant in some areas of the under-immunized world. It’s just so highly contagious. It’s the mostly highly contagious vaccine-preventable disease, right up there with smallpox.

What are the symptoms of measles?
Before the person becomes infectious, they have a runny nose, very high fever, and they’re very, very ill. It’s like the flu to the fifth degree. They don’t want to eat. They’ve got bad conjunctivitis or pink eye, a bad cough, and a runny nose. They also will find light bothers them really bad. That’s a couple days before the rash starts. Rash usually starts on the face, neck, and behind the ears…You are infectious for about 3-5 days.