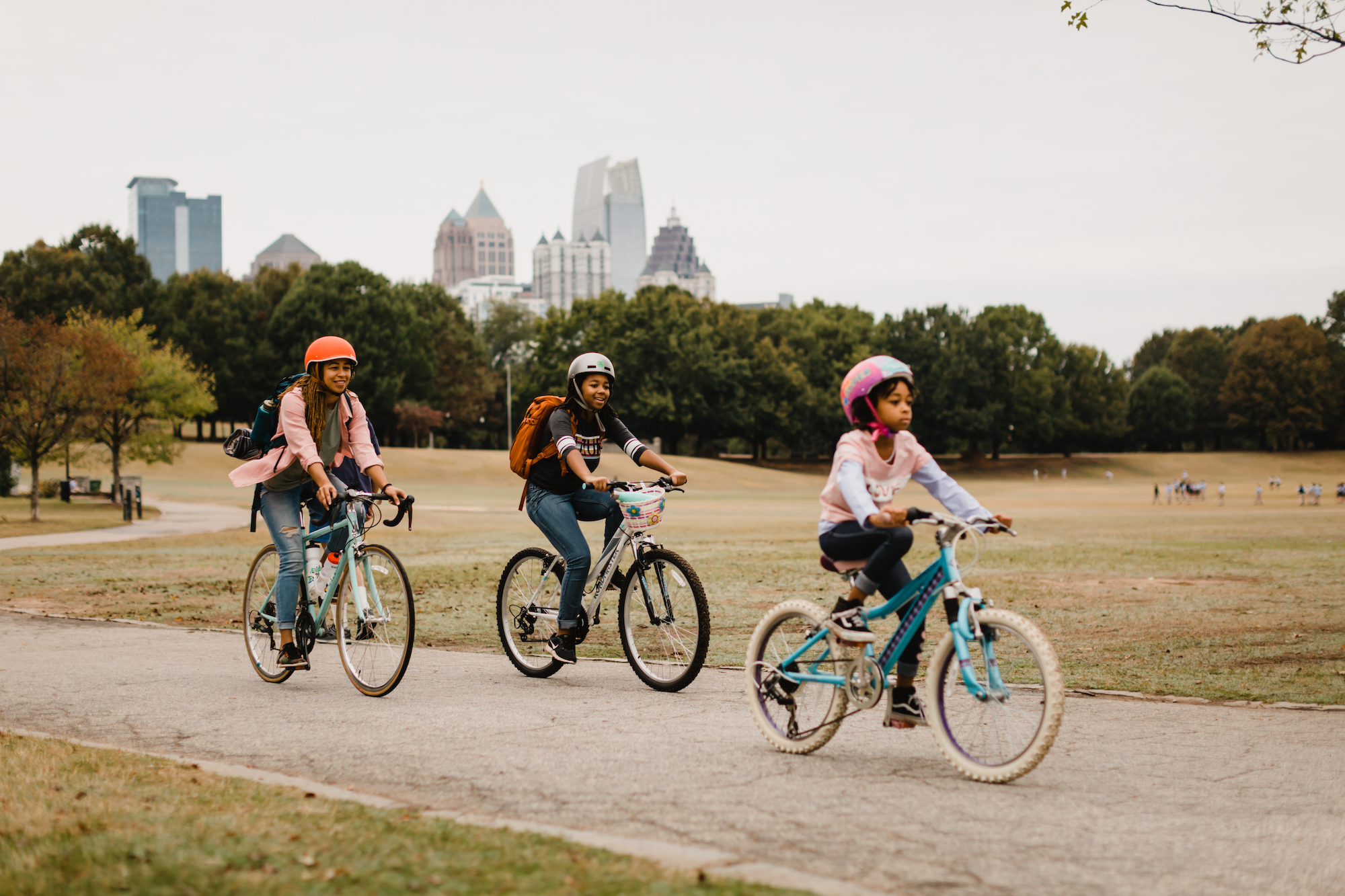 The great outdoors. There’s a reason they call it that. Experts agree that time spent alfresco—soaking up the sun, breathing in the fresh air, and communing with nature—is beneficial for both your physical and mental health. It can lower your blood pressure, reduce anxiety, boost your immune system, contribute to your heart health, augment brain development, and lift your spirits.

And after having been stuck inside for most of the last year thanks to Covid-19, the need to go beyond our four walls and explore nearby parks and other green spaces is even more vital. Activities such as walking the dog, going for a jog, riding your bike, or even just setting up a tent and camping in your backyard are great ways to stay active while still staying safely socially distanced.

No one knows the value of the great outdoors better than the folks at REI. The national retailer, boasting five locations in Atlanta alone, has been selling outdoor goods since 1938, whether it be hiking poles for trekking up Stone Mountain, electric bikes for cruising around Piedmont Park, or kayaks for paddling along the Chattahoochee. But REI isn’t your ordinary retail store. It’s an immersive experience into the world of outdoor adventure, including not only shelves stocked with gear to help you get outside, but also equipment rental and repair and organized outings. They thoroughly embody the lifestyle, as exemplified by company initiatives such as #OptOutside, in which on Black Friday, the busiest retail day of the year, they close all of their stores, urging employees and the general public alike to skip the mall and spend time outdoors. And #OptOutside doesn’t end on Black Friday—it’s a commitment REI sticks to all year long.

The Perks of Being a Co-op 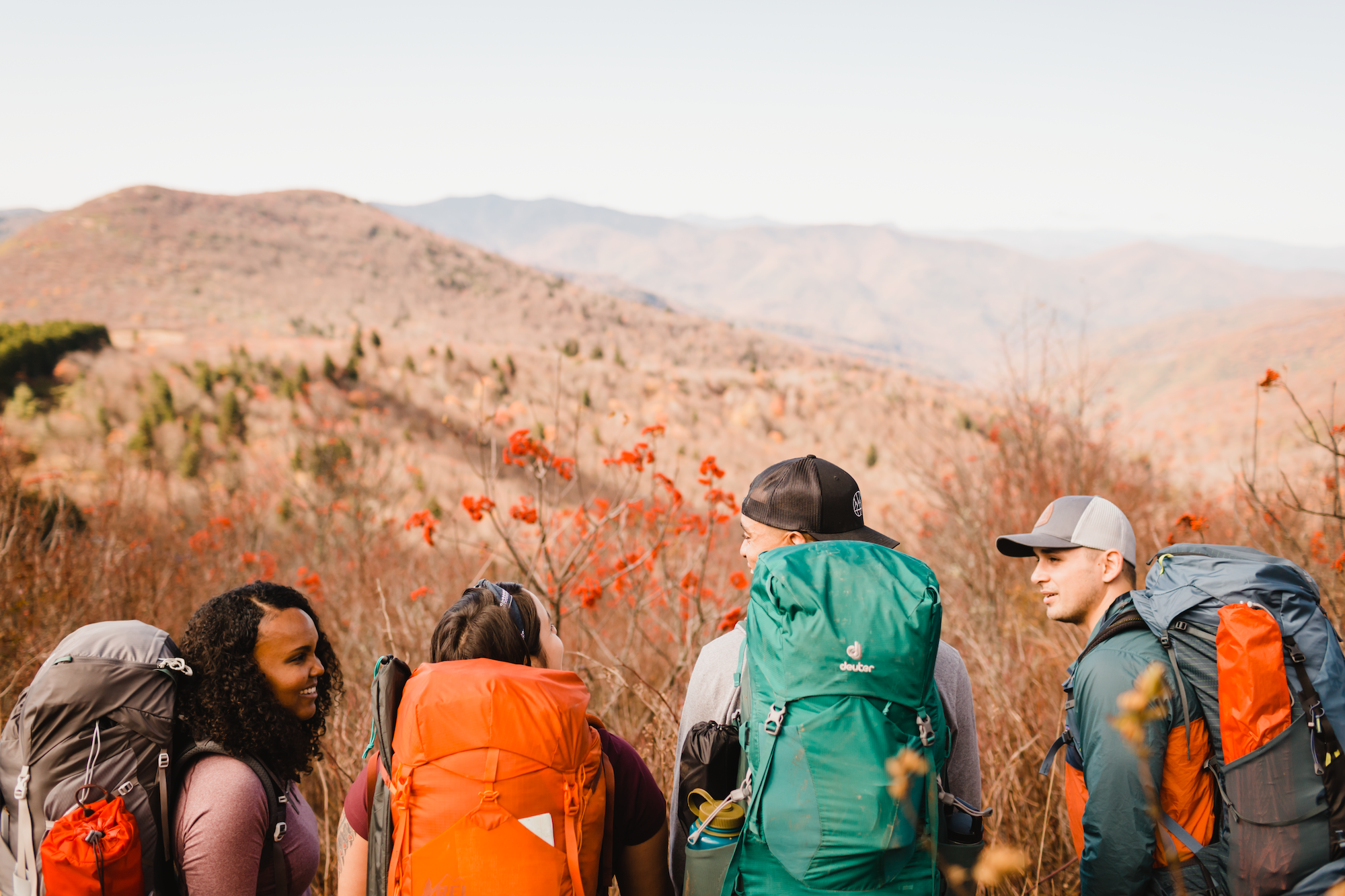 What started 83 years ago with a single shelf at the Puget Sound Cooperative Store near Pike Place Market in Seattle has since become the largest consumer co-op in the country, offering thousands of goods and items of apparel at more than 160 locations across the U.S., including five in the metro Atlanta area. The company has no shareholders, instead following a member-owned business model that focuses on “shared values, not share value.”

A lifetime REI co-op membership costs just $20 and entitles members to reduced class and equipment rental fees; deals on shipping charges; the chance to buy returned, used, or damaged goods at deep discounts through members-only garage sales; and annual dividends if they spend at least $10 on merchandise in a given calendar year. These perks, true to REI’s vision, are intended to promote a lifelong love of the great outdoors. It has been helping Atlantans specifically do just that for more than 30 years, because REI believes that a life outdoors is a life well-lived. 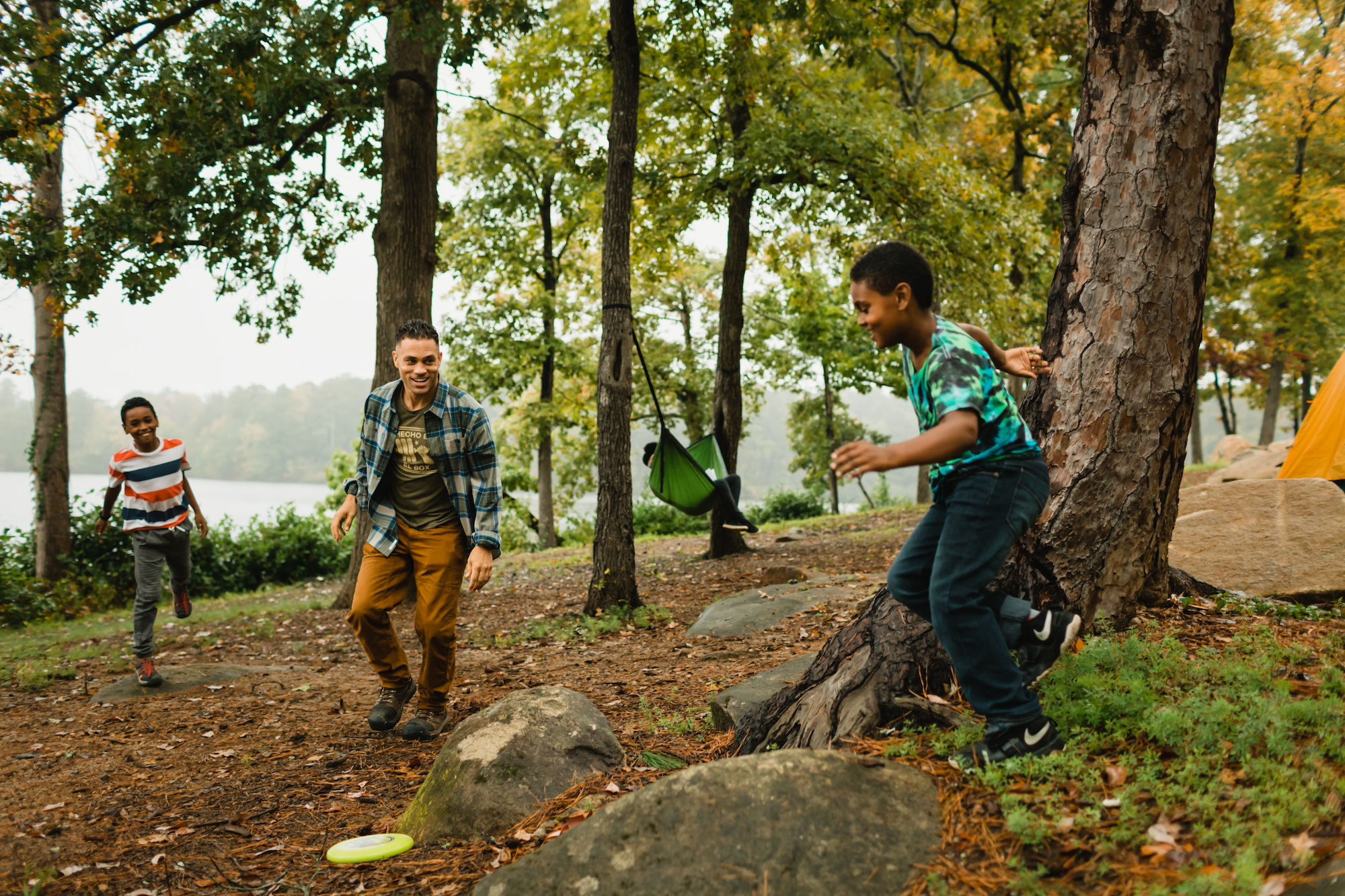 REI doesn’t go it alone. Through its grant program, REI makes locally relevant and impactful community investments with the goal of further inspiring and enabling people to lead healthy, active lifestyles. Grants are focused on areas such as rewilding cities and towns and connecting underrepresented groups to the outdoors.

The company’s Atlanta-area grants currently include stewardship projects benefiting local greenways such as the PATH400 and Peachtree Creek Greenway. Its gift of grants to the Adopt-the-Atlanta-BeltLine program, for example, helped provide a cleaner, safer environment for the more than one million residents and visitors who take advantage of the BeltLine each year. Other donations from REI’s grant program went to The Trust for Public Land to support its Riverlands project and establish campsites along the Chattahoochee River. Joint work with the Chattahoochee National Park Conservancy helped make improvements to the 6.7 miles of trails in the Sope Creek and Columns Drive areas of the Chattahoochee River National Recreation Area. REI’s commitment to maintaining recreational areas has resulted in millions of dollars in donations to local Atlanta nonprofits. 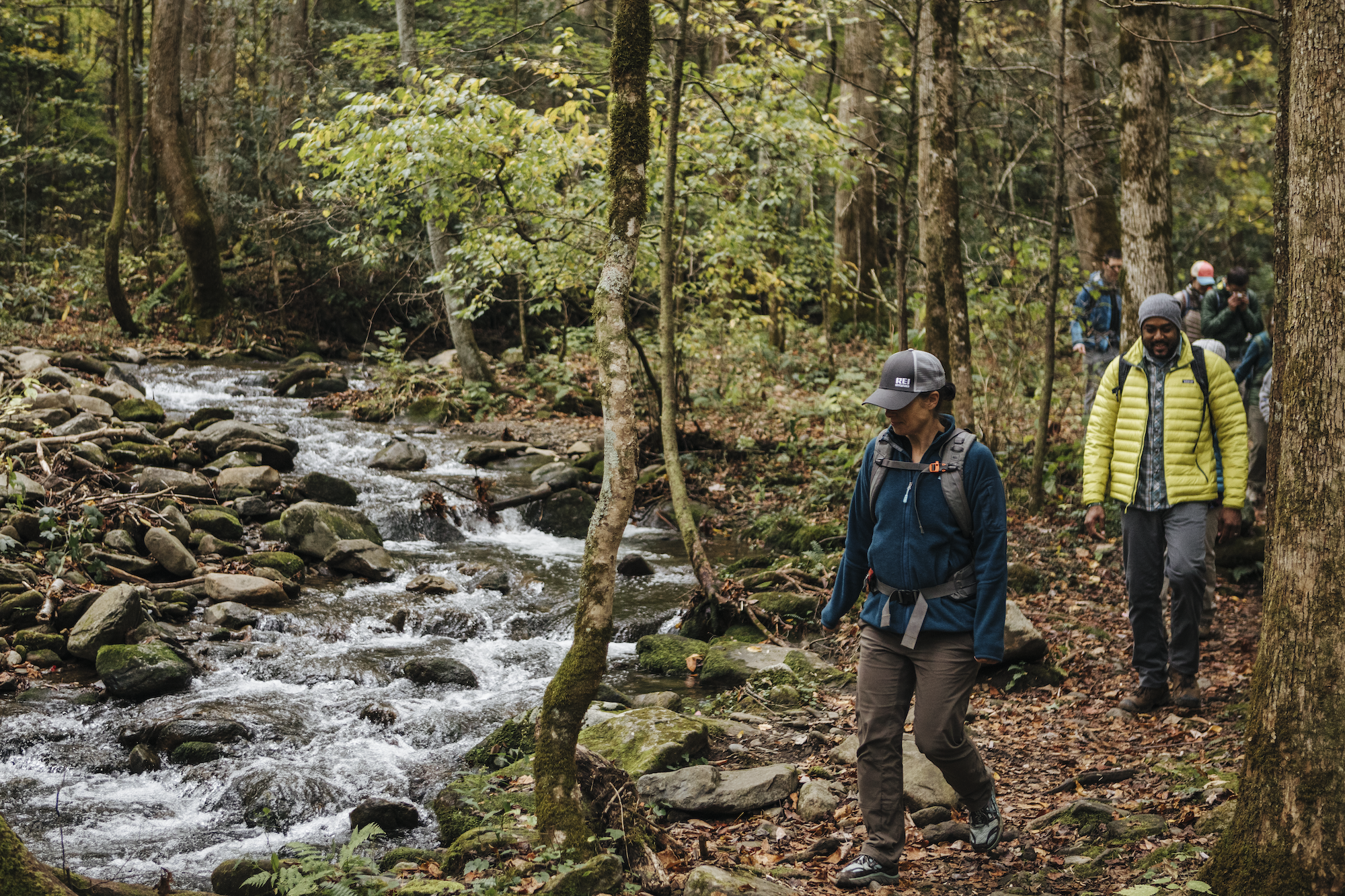 Time spent outdoors has always been important, but perhaps never more so now as we deal with the fatigue, solitude, and claustrophobia that come from battling a global pandemic. To #OptOutside and be among nature can reinvigorate your body and soul.

REI has instituted several programs to help motivate Atlantans to incorporate the outdoors into their regular routines. It introduced, for example, OutFIT with REI, which took place January 17 through March 14. The eight-week training program had folks heading to places like Arabia Mountain and the Chattahoochee River Natural Recreation Area to join fitness trainer Rod Gillis and yoga instructor Francine Labiran for workouts that not only took advantage of the local scenery, but complemented routine activities like running, hiking, and cycling as well. There will be future outdoor fitness programs of this nature, starting with the summer session which kicks off July 11.

The almost-yearlong Hikes for Health challenge, which is co-sponsored by Kaiser-Permanente, kicked off last August and runs through June 30 this year. Through this challenge, REI encourages residents to hike, walk, or run 10 trails in 10 green spaces over a period of 10 months. The green spaces are conveniently located all throughout the metro Atlanta area: Blue Heron Nature Preserve, Chastain Park Conservancy, Chattahoochee National Park Conservancy, Chattahoochee Nature Center, Dunwoody Nature Center, Friends of Lost Corner, Livable Buckhead, Parks Cobb County, Peachtree Creek Greenway, and Sandy Springs Conservancy. Prizes are awarded throughout the challenge, and participants are encouraged to post on social media using the hashtag #HikesForHealthREI.

REI’s vast selection of first-rate gear, along with its overall commitment to the belief that it’s in the wild, untamed, and natural spaces that we find our best selves, makes it easy for everyone to #OptOutside. 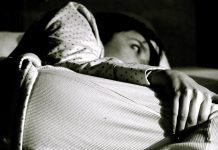 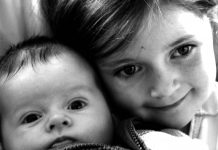 Georgia ranks No. 43 in kid wellness