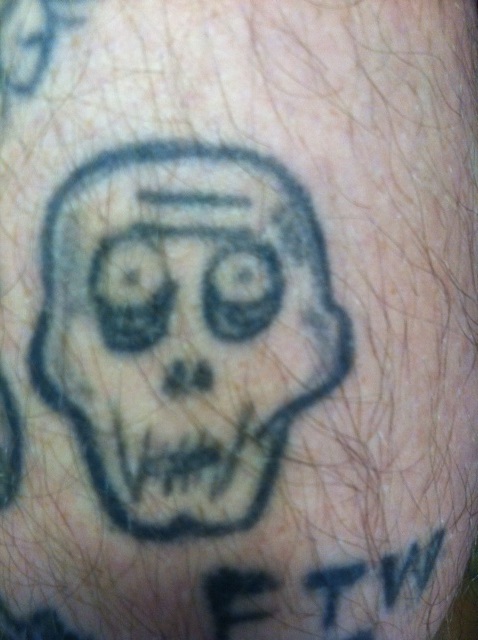 Trying to stop the number of people who will regret at least one of the things they did the night before, the Washington D.C. health department is considering legislation that would require a 24-hour waiting period before people could get tattoos, piercings, or any other kind of body modification. The law would require people make an appointment so they couldn’t waltz in and waltz out with something they might regret the next day.

What do you think of making people wait 24 hours for tattoos, piercings, etc.?
I think it’s really stupid. There should be no laws governing what people want to do to themselves. You can’t legislate stupidity. People are going to get stupid tattoos— and literally 90% of the tattoos people get are stupid, in my opinion. Chances are 24 hours is not going to stop stupid from happening. When we ran my shop, we would try to talk people down. We would say, “You really need to think about it.” We had a secret wall of shame where we had the top of the high-grade bad tattoos.

The only restriction they need to put on tattoos is an age thing. I think they need to be 21. There’s a huge gap between 18 and 21.

Do tattoo artists tattoo people who are drunk or high or obviously not in their right minds?
As a rule, a reputable honorable tattoo artist wouldn’t. We would say you bleed a lot because the alcohol thins the blood. But we didn’t want people to make bad decisions. They also move around a lot and they’re harder to manage. Plus, there’s the added problem of them being obnoxious and harder to manage. It’s an ethics thing.

Any specific tattoos you tried to talk people out of getting?
We would tell people do not get the tattoo “loves.” It will end the relationship. Someone should do a study on why tattooing your significant other’s name on you ruins the relationship. It’s the death knell. We would ask “How long have you been with this person? Are you going through problems? Why are you getting this?” I talked people out of it all the time. I didn’t want that in my karmic situation.

I’m not saying I’ve not done plenty of regrettably stupid tattoos. I have a section of my leg reserved for stupid, silly tattoos.

What is your stupidest tattoo?
Being tattooed by someone who had never held a tattoo machine at 3:30 in the morning after poisoning levels of imbibing. It’s hilarious. It’s so bad. My tattoos are really beautiful. And there’s this scribble on my leg and it’s there forever. It’s a vampire skull kind of thing. (see photo)

Personally, I never would tattoo anybody’s face or hands, I don’t care who they are. I have a very Japanese ethic about tattoos. You should be able to put on a suit and move through society without looking like some sort of miscreant.