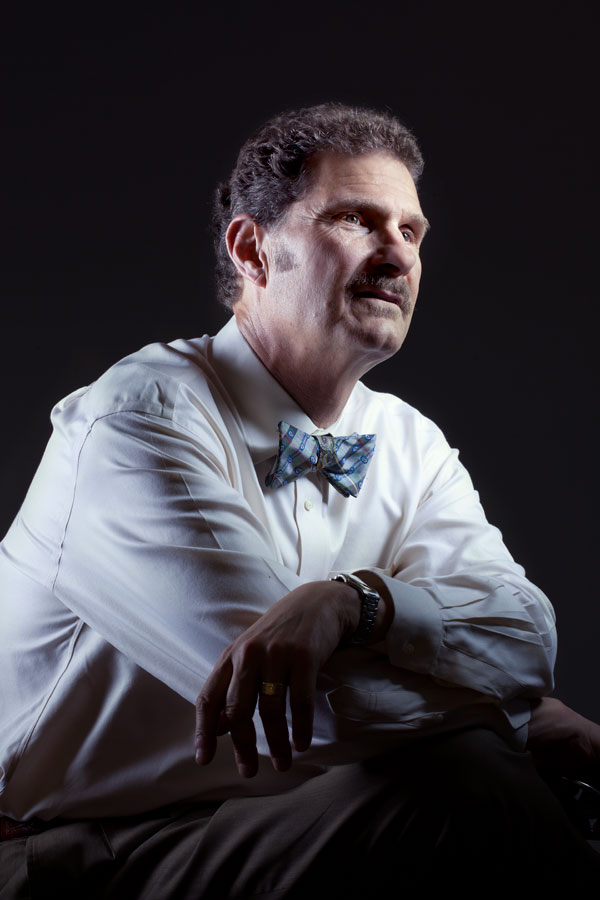 If things are not going well and you don’t know what to do next, my job is to figure out how we go about figuring out what’s wrong. Is this vasculitis? An autoimmune disease like lupus? Sometimes it’s just a drug allergy. You keep going back to the history, you keep going back to the physical [exam] until you get the clue that leads you to the right diagnosis.

The tremendous thing about our practice is that we get to see very interesting things and sometimes make a very big difference. It’s incredibly fulfilling.

[One patient] with long-standing varicose vein disease had ulcers on his legs that couldn’t be healed. In 1974 and again in 1982, he’d had clots in his leg, and he’d been on blood thinners ever since. In 2010, about a year before I saw him, he developed bad ulcerations of the leg. It was thought to be an infection. It was thought to be varicose veins. It was very painful.

I thought maybe this was a combination of varicose vein disease and another process. Sometimes the body starts perpetuating inflammation. I put him on medication to calm that some and had a doctor close some veins. The leg was better, but not a lot better. If you rubbed your finger on it, the skin just rubbed off. A mildly immune-suppressant drug helped some.

His son and daughter would periodically ask, “If this doesn’t work, what are you going to do next?” I ask that of myself, but if someone else asks it, it makes me think even more. If something doesn’t work, doing the same thing is nonsensical.

In six months, he had a new blister on the front of his foot, on his elbow, and on top of his head. Well, those can’t be varicose veins. We needed to rethink.

I had to go look up how to treat pemphigus. You treat with very high doses of steroids. At some point, they’re dangerous and can suppress the immune system so much that you get other diseases. Putting him on cyclosporine (an immune suppressant) allowed me to give him less prednisone (a steroid). I finally had the leg looking pretty good, but he was on a very high dose of steroids and cyclosporine, and every time I tried to reduce them he got more ulceration and more trouble.

All I could do is go back to the literature. I found some articles suggesting giving immunoglobulin, other people’s antibodies. After a five-day course of high-dose immunoglobulin, he was off cyclosporine and on a low dose of prednisone. His leg looked fine.

It has a 90 percent relapse rate, so I don’t know how long this will hold. At least for now we’ve won the battle—though not the war. —As told to M.C.M.

Dretler is chief of staff at DeKalb Medical.