Home Uncategorized These Atlanta outfitters can give you a custom fit

House of Fleming
The custom leather goods shop—offering exotics like alligator, python, and stingray—has been around since 1980. It hosted a storefront on Peachtree until a fire in 2013, but now it’s running a less visible operation from a semi-industrial area off Defoors Ferry, with its factory on-site. Fleming, founded by Bob Childs, is best known by golf pros for custom belts and buckles, but artisans will gladly whip up watchbands, wallets, sandals, you name it. There’s a small showroom, and the busy halls and workrooms are spilling over with cuttings to choose from. 2148 Hills Avenue

Commonwealth Proper
The telltale sign of a hidden shop is a speakeasy-style door. Custom and bespoke suiting and shirting company Commonwealth Proper opened a showroom in November at Elan Westside, welcoming in-the-know customers (with an appointment) through a solid gray door in the parking deck marked only with the brand’s small emblem. Founded in Philly in 2008, Commonwealth Proper attracts most clients via word of mouth. Inside, among the Oriental rugs and whiskey, you’ll be measured, counseled, and treated like an old pal. While you’re there, pick up some ready-to-wear pieces, like twill jackets, chambray shirts, and patterned pocket squares. 691 14th Street

Bridal Couture by Ruby V
For 25 years, dressmaker and designer Ruby Dallas has been selling designer-quality custom gowns (and a selection off the rack) from her nook of a shop in Buckhead’s Cates Center—for far less than designer prices. She’ll respectfully slice and dice heirloom pieces into something more modern. If you’re starting from scratch, bring inspiration photos, choosing from fine silks and satins. Not getting married? She also turns out a mean cocktail dress. 110 East Andrews Drive

This article originally appeared in our February 2015 issue as a part of Hidden Atlanta under “Made to order.” 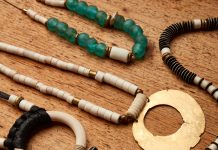 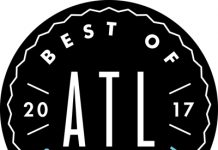