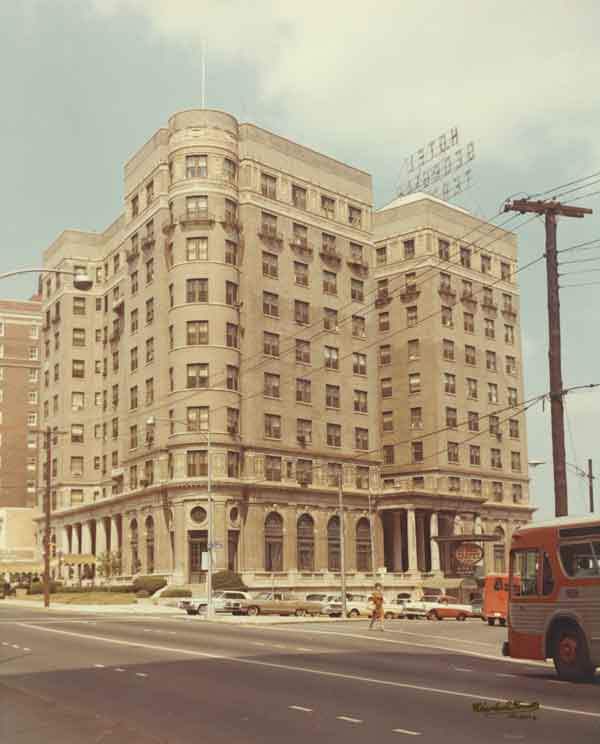 The Georgian Terrace Hotel was completed in 1911 at a cost of $500,000. Early guests included Clark Gable, Carole Lombard, F. Scott Fitzgerald, Tallulah Bankhead, Charles Lindbergh, and President Calvin Coolidge. Here are some highlights from the history of the hotel, which underwent an $11 million renovation in 2009:

1926 Accompanying one organized crime suspect into a hotel room, Fulton County investigator Bert Donaldson is shot dead by another suspect, who is hiding in the closet with a shotgun.

1929 The Fox Theatre opens and welcomes the Metropolitan Opera on its annual visits. The hotel hosts Met stars like Enrico Caruso.

1935 Macmillan editor Harold Latham receives the GWTW manuscript from Margaret Mitchell in the lobby. It’s so heavy he has to buy an extra suitcase to take it back to New York.

1986 Preservationists save both the Fox Theatre and the hotel from the wrecking ball and list both on the National Register of Historic Places.