Home Uncategorized All in the Family Tree 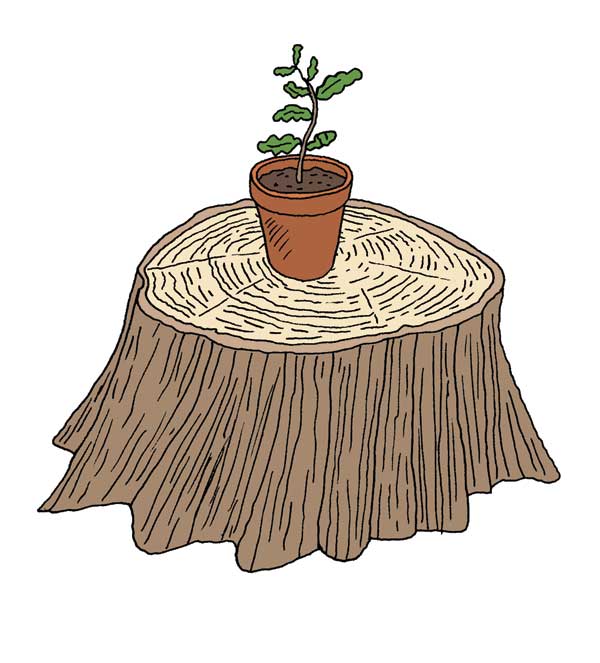 Relatives are new to me. I went through most of my life oblivious to their existence. I do remember once, when I was four, meeting an older cousin named Kelly, who impressed me because she could crap in the woods like a bear. She also liked to dress up in her big sister’s white slip and call herself Jesus, then strangle me until I blacked out. Later, when Kelly wasn’t looking, I hit her in the head with a lamp made of antlers, which—and perhaps this is a coincidence—is my final childhood memory of ever interacting with a relative outside my immediate family.

And I was happy to keep it that way—until recently, when I realized that I don’t know, really, where I come from. I mean, yes, I was born in California, where my family moved around like fugitives until I broke free and came to Atlanta, where I stopped swapping addresses so frequently and settled down, for the first time, to begin living a second year in the same residence. A large part of my reason for moving here was due to a college friend whose parents were super-Southern. I remember his mother asked me, “Where are your people from?” I always loved how she put that. I told her I had no idea. “Maybe we’re related, then!” she exclaimed. “That sure would put pepper in the chicken pot, wouldn’t it?” She laughed. Years later, when the opportunity came to relocate here, I took it because I must have thought Atlanta was the land of awesome parents. Then, years after that, I became one myself, and there I was, a surfer girl raising a Southern child.

Not long ago, on a whim, I traced my heritage online and saw that my grandfather, whom I’d never met and who’d died at forty-nine, was born in Wadley, Georgia. In fact, there is a whole passel—now that I realize I am super-Southern, I feel like using words like “passel”—of my people from tiny little Wadley. My great-grandfather before him was born there as well, and then—get this—in 1881 he studied for a time in Atlanta and lived on West Peachtree Street, hardly a mile from where I live today.

I’ll stop here because this is usually when my friends start yawning so big they can catch fish with their faces. I don’t blame their attention for drifting. Relatives are nothing new to most people. So I always tell my friends, “Stop me if this gets boring,” and they do, because who cares that I found a picture of my great-great-grandmother online and thought, for a second, that I was looking at my little sister in one of those “Old Tyme” photographs? Who cares that I traced my ancestry, certain I would not be able to look up my lineage past last week, and learned that not only do I have roots, but that I somehow managed, blindly, and after living and traveling all over the world, to replant myself right back on top of them. Who cares, I mean, but me and my people.

My chain-smoking sister, who moved in with me last year and now my cats all smell like tobacco because she keeps kissing them, is one year younger than our father was upon his premature death decades ago. She is always joking that I should be nice to her since she has just one year left to live. But look, I showed her, one of our great-grandfathers lived to be ninety, so it’s not hereditary, all this early death in our immediate family. There could be plenty of time yet before I have to start being nice to her. Since then she has cut her habit to half a pack a day, probably because if she’s gonna live to be ninety, she doesn’t want to do it attached to portable oxygen tanks.

Anyway, when I was younger I was happy to be untethered from cousins and uncles and such, assuming there was a good reason we all were estranged—I mean, other than the antler lamp incident. It never occurred to me that I should look for them, maybe find out what that reason is. When I learned about Wadley, I quickly looked it up and there it was, such a dear little dot on the map, the answer to where my people are from. I have been to many places—I traversed this entire state in a former job as a Southeast stringer for a travel-book publisher—but I have never been to Wadley, Georgia. From the satellite view of it on Google Earth, it doesn’t look like it’s changed much since my people lived there. I figure I’m headed out there soon, because it sure would put pepper in the chicken pot—wouldn’t it?—if they still did. 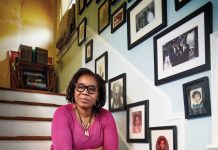