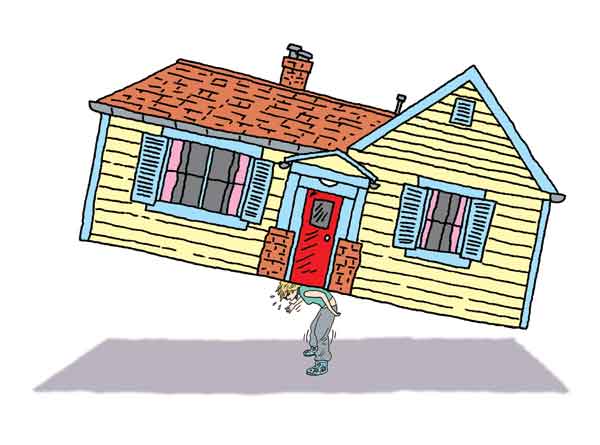 I obviously think I’m stronger than I am. Why else would I try to carry a whole house on my back? And granted, I only moved across the street, but now that I’ve done it, I think it’s actually harder to move an entire household a tiny distance than it is to move it a big one. The furniture weighs the same regardless. And when you are moving a big distance, there is a truck involved, presumably parked in your driveway, which is presumably a shorter distance from your front door than across the street. I only point this out because when you are moving across the street, it seems ridiculous to rent a truck—it’s just across the street—so instead of simply carrying your furniture to your driveway for the purpose of it being driven to another driveway, you are carrying it all the way across the street. In my Atlanta neighborhood, that is the length of about five driveways.
And if you are not going to rent a moving truck, then what’s the point of renting the movers who go with the truck? See how simple it seems? Ha. It’s not. The whole process was such a lengthy, pathetic endeavor that my friend Lary, of all people, took pity on me and actually offered to assist. Lary takes pity on no one. He once left me trapped under my fully decorated fake Christmas tree just because he was amused by the escalatingly hysterical phone messages I left him, screaming for his help.
But this time I must have cut too wretched a picture for even Lary to look at. The move took weeks, and during this time I was so exhausted I usually rolled out of bed every morning and just wore whatever stuck to me from the floor. Plus I had discovered that the best moving shoes I owned were a pair of mud-splattered, insulated bedroom slippers. So there I was every day, a snarly-haired, wrinkled, muddy, shuffle-footed laborer with a bad case of halitosis (probably) and a hand truck.
And that is how I moved my house, one piece at a time, until I finally had to admit I could not move a king-sized mattress by myself, so Lary offered to help me. Offered, I tell you, and this was only after I dragged the mattress as far as the front door, where it was wedged when he arrived to check on me. “I miss when I was younger and had the strength but not the confidence,” I told him. “As opposed to now, when I have the confidence but not the strength.”
Because it’s true. I was confident I could move my house my own damn self—carry each piece on my back like an ant, practically, one at a time across the street. It did not occur to me that it might be physically impossible to pull off. “What’s with my knees?” I could be heard complaining. “Why are they so stiff? And my back! Oh my God, my back!”
“You’re older,” Lary would say, which always angered me because Lary is 500 years old and he still has the horsepower of a Lamborghini. I am a ton younger than Lary, and every morning I still felt like that geezer hunched under a big quiver of sticks on the cover of that Led Zeppelin album. Plus I’d recently been to the dermatologist because of a mystery rash that was causing me to scratch my forearms like a meth addict, and the doctor—whose face had been plumped by enough Botox to paralyze a walrus—did not have a diagnosis except to say that I was “getting older.” Seriously? I know plenty of people in their forties who don’t have scabby, rash-covered forearms. But she had nothing else to offer except suggestions that I inject my forehead with collagen, so I went home and figured out via the interwebs that I’d acquired an intolerance to wheat. Presently I’m minus the rash but not the crabbiness over having spent $200 to be told I’m older now. Because Lord, seriously, who isn’t? That must be why the day came when I up and decided I would move my house my own damn self.
Again it took me, literally, weeks, and at first every morning I awoke stiff, exhausted, and wondering where my strength had gone. But as the amount of stuff I had to move became smaller, so did my aches and pains, until the day came when I woke up wondering where they had gone as well. And then it occurred to me. I may be older, but I have moved mountains. I am strong. Stronger than I think I am. 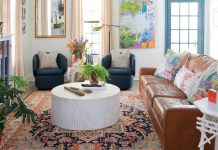 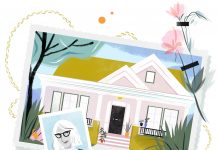 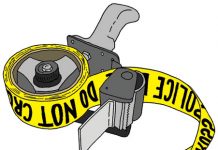