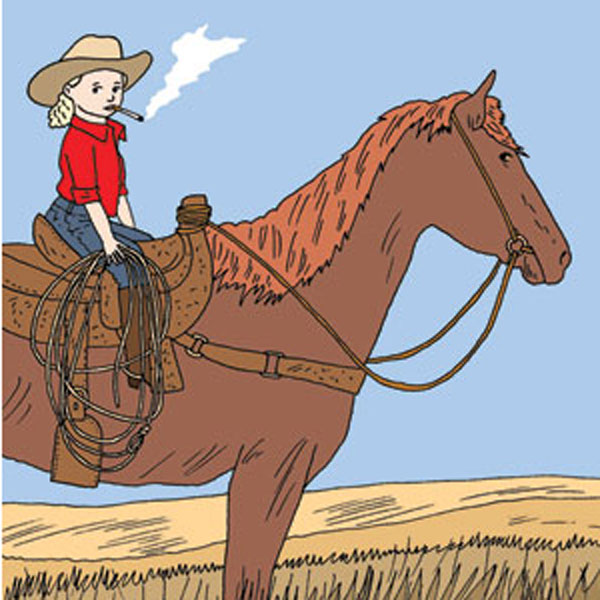 The realization just came that I was ten when I smoked my first Marlboro. It hit me in the face like a frozen mackerel, because today my own daughter is the same age, and when I look at her I can’t fathom a cigarette on her lip. She seems so appropriately innocent. So the opposite of me at her age—which is also the age I got busted for smoking really bad-quality weed at the local roller rink. On the upside, I stopped smoking pot that same year, once I actually got high and hated it. Turns out I’m kind of a control freak when it comes to my consciousness, a mind-set that seriously doesn’t mix well with hallucinogens.
But the smoking I picked up from my parents, who both smoked like living chimneys. Cartons of cancer sticks littered our house like bones in a looted mausoleum. My mother used to tell me my first word was “cigarette,” spoken when I was a few months shy of two years old. Inexplicably, she then proudly plunked me on top of the counter to put her lit menthol in my mouth, causing me to cough so violently I can actually recall the occasion.
“Well, she’s gotta know if she likes it or not,” my mother said, patting my back as I hacked like a veteran. “The earlier the better.” My father castigated her for sharing her cigarette with me, taking care to part his own cloak of secondhand smoke so she could see he was serious.
By the time I was thirteen, I had a pack-a-day habit. Then suddenly that same year I decided I’d had enough and simply quit. So it appears we can pick things up from our parents, but we don’t have to carry them forever. Take traveling, for example. I didn’t pick that up from my mother until after she divorced my father, which is when she began traveling extensively, accepting subcontractor positions in Zurich, for example, where she designed defense weapons for the government. She always took me with her. So instead of smoking, traveling is what I picked up from her. It became our thing.
I’m a divorced parent now myself, and so far I’ve taken my ten-year-old to fourteen countries—twice to Italy because her heritage on her father’s side is one million percent Italian. I think it’s neat she has that connection to a particular country, whereas my own heritage is a blurry montage of Euro-muttery. It’s a dream to stand with your child amid the majestic architecture and heartbreaking artistry of the Duomo di Milano, for example, and be able to tell her, “Your people made this.” It’s an utter dream, I tell you.
So for me and my girl, Italy is our thing. Perhaps the sweetest moments come near the ends of our trips, when we begin to understand we have to go back, but at the same time we haven’t left yet. Last time on our final day, I had to duck into the dilapidated bathroom at the tiny train station near our hotel on the outskirts of Milan, which for some reason had a faucet equipped with a sophisticated motion sensor that actually operated, so when I put my purse in the sink it caused the water to turn on and pour directly into it.
When I shrieked, my daughter, who was holding the door shut for me on the outside, didn’t know what to do. Should she open the door? Should she shut it tighter? Luckily it was over quickly and I bounded out, fine but for the sopping whatnot. We laughed a lot about this later, but at the time, I saw instantly that my girl was scared, what with the shrieking and all. So I had to hug her for a long while after that, saying, “I’m here,” the way mothers do. And I wonder if we ever outgrow that, the need to hear that.
That night I had a dream. My late mother was there as though she’d never left, whispering assurances in my ear as she’d done when I was a child. My father was there, but not angry. I could even smell the cigarette smoke. Then the realization came, very reluctantly, that this was a dream. I remember when it hit, the realization. It was at that point in dreams when you begin to understand you have to go back, but at the same time you haven’t left yet. I remember looking at my mother and exclaiming sadly, “Oh, I thought you were here.” And she would answer me, “I am here.” And I kept saying, “No, I thought you were here here.” And she kept answering, “I am.” And that is how I awoke, with her words still ringing in my mind.
Illustration by Peter Arkle
Advertisement 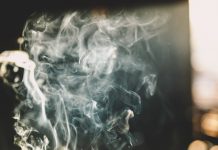