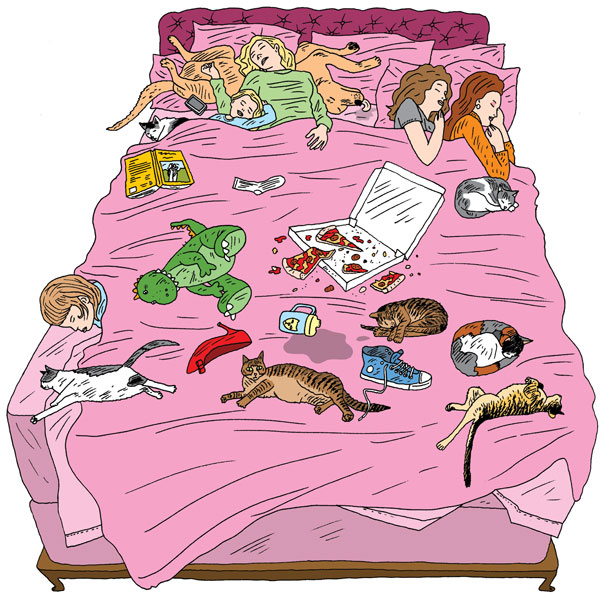 I have a huge king-sized bed that was a parting gift from a prior relationship. It was an odd choice for a boyfriend to make when breaking up with me, I know, but I don’t really fault him. It was actually presented as a birthday gift, and it simply happened that my birthday fell really close to the termination date of our relationship. When you are breaking up with someone, it’s hard to avoid special dates and holidays. Every calendar month except March and August has a holiday on it—if you are to include fairly fake holidays like Halloween and Valentine’s Day—and even the month of March sometimes has Easter, and August is always back-to-school month. So there really isn’t a good month to break up with someone if you are hoping to avoid special occasions.

I remember one spectacular holiday breakup from years past, during which my boyfriend moved me out of our Midtown apartment on Easter Sunday while gibbering about how he couldn’t understand why I wouldn’t come with him to dinner at his parents’ house and pretend nothing was wrong. I remember that, to help him move my things, he’d enlisted his little brother, a young man who was dating a single mother a few years his senior at the time. Before our breakup—and probably a subconscious catalyst for it—I remember that in conversations my boyfriend never referred to this woman, his brother’s girlfriend, by her name, but simply as The Mother. So in the end it was my proposal that the two of us break up, but not one I’d hoped he’d accept.

When I made the suggestion, I was destroyed by the elation on his face. I’d just lost my last parent, and with a shattered family of my own, I’d always thought I could simply walk into his ready-made one, with parents and pets and nieces and things, all a lively network of tributaries emanating from a crowded home up in Dunwoody. I longed to be part of it like a cold hobo outside a nice clubhouse. I wanted in, and I thought I had to be invited by a member or something. But he kept the door closed and stayed on the other side.

The other day I actually saw him in a crowded cafe and tried to avoid him—partly because I am past the point of feeling obligated to exchange niceties with former intimates and partly because I actually literally looked like a hobo that day, with every year of the past two decades since we’d seen each other branded and visible on my tough ass, I thought. But then he noticed me and sought me out, and it turned out that it was surprisingly nice to talk to him. Still, I kept recalling the look on his face at having received the parting gift I gave him, the gift of a guilt-free breakup. Even after all these years, it’s wince-worthy to encounter someone who was so happy to be rid of you. But an odd resolve had descended on me then, and no breakup since, or even divorce, has hurt so bad. You can’t measure a person’s significance in your life by how hurt you were when they left it. His parting gift—the strengthening of my resolve—helped me get through the others.

And now I have this giant bed. It is bigger than my bathroom. It is bigger than my car. It is almost bigger than my bedroom. When I first received it years ago, not knowing that it would be a parting gift, I had plenty of inventive visions on how it would be occupied, because surely it was not given to me so I could sleep in it alone. My heart was open again, ready to let things in. But life never works out the way you think. Or maybe it always does. Because once you open your heart, you have no idea how much you can fit in there. Today that bed is always crowded, a nocturnal home to a small herd of curled-up cats, one stretched-out street mutt, a niece and one or two sisters either passing through or here to stay, plus an adolescent daughter who sleeps as peacefully as a rotating helicopter blade. We are parents and pets and nieces and things, all in a crowded home at the heart of a lively network of tributaries. Every single one of these warm bodies has a bed of their own, but mine is the biggest. Mine fits us all. 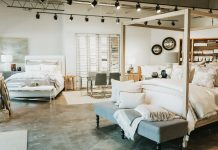 It’s hot. Here’s how to keep your bed cool so you can sleep better this summer. 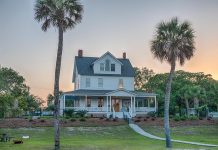