Home Uncategorized Mutt of the Joke 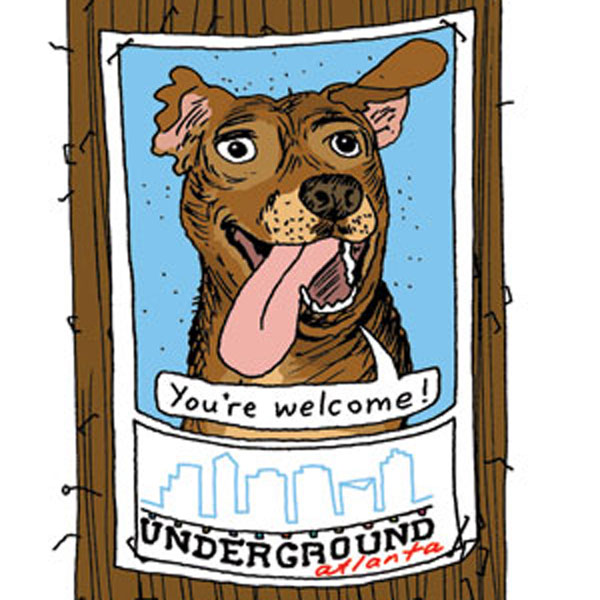 There used to be a flyer on the telephone pole outside my house in Grant Park. “Have you seen Hercules?” the flyer asked. “He’s a typical East Atlanta mutt” with a “gnarled right ear” who is “afraid of storms.” The poster was outside my house for about a year. One time it dislodged itself and fluttered to the top of a bush next door, where I clambered to retrieve it so I could replace it. I felt that Hercules needed to be in his proper spot, because it looked like a storm was coming.

Anyway, I was thinking about this flyer when my travels took me to Park City, Utah, to the Sundance Film Festival, a glitzy affair no matter how defiantly its bulletins professed otherwise. “This Is the Recharged Fight Against the Establishment of the Expected!” and “This Is the Rebirth of the Battle for Brave New Ideas!” they blared from telephone poles and other surfaces. Park City is a mining town that burgeoned into one of the hottest ski resorts in the country in the early eighties, when Robert Redford picked it to host his (at the time) anti-industry film festival.

It seemed as though the bulletins weren’t professing something so much as they were searching for it—“Have You Seen the Rebirth of the Battle for Brave New Ideas?” “Missing: The Recharged Fight Against the Establishment of the Expected”—because, in truth, the place actually appeared to be absent those very things, having replaced them with pricey goat-hair boots, Cadillac Escalades, and exclusive parties thrown by vodka companies doling out free shots.

Which was fine with me. I was glad there weren’t any rebirths or battles or fights blazing like the signs promised. I had just come from my house in the center of Atlanta, where the daily sound of at least one or two gunshots is not all that alarming. It felt a little ironic that I’d come to the self-professed genesis of the “Rebirth of the Battle” and the “Recharged Fight” in order to find some peace.

But here it was. I started to relish the simple early-morning radio broadcasts, when the station would announce a litany of items lost by local people hoping to retrieve them. For each item, the DJ would cite a brief history of its importance to the person looking for it. A bracelet that belonged to someone’s mother, a wallet containing important immigration papers, an ancient long-haired dachshund named Dizzy “covered in fatty tumors.” “Have you seen Dizzy the dachshund?” the DJ would say. “Last seen behind Slappy’s BBQ Shack?” (Or something.)

I loved it. I even told people how happy I was to get away. I said this to tons of strangers. I said this until one guy responded by laughing and saying that Underground Atlanta was the worst, most badly planned tourist attraction he’d ever seen.

And that’s when it stopped for me. I live less than two miles from Underground Atlanta, and I’ll admit it’s now about fifth behind Fallujah on my list of favorite places to visit, and I’m as perplexed as anyone as to why the city keeps trying to trick visitors into thinking it’s a tourist spot when really it’s devolved into little more than a cluster of depressed, knock-off-hawking shop fronts, criminals, and confused foreigners. But still. This is my city. When I first moved here, Underground Atlanta had just opened. It was bustling and exciting and I saw a wizened man in overalls outside Mick’s playing the musical saw. I will never forget that. A musical saw. Whatever the place has become since, it holds fond memories for me, if for no reason than that alone. And there I was in Park City, of all places, listening to some guy knock my stomping grounds.

I glared at him as best I could from under eighty layers of winter wear, and he seemed to get the message. He blubbered into silence, and I think he recoiled a little. I think his small brain began to boil and leak out of his ear canals. I’m pretty sure that happened. Let this be a lesson: Everybody loves something decrepit in their lives—be it storm-phobic, gnarly eared, fatty-tumor-covered, complaint-generating, or just plain badly planned. Everybody has an ugly mutt that they love. 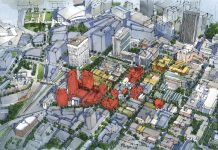