Home Uncategorized No Word for That 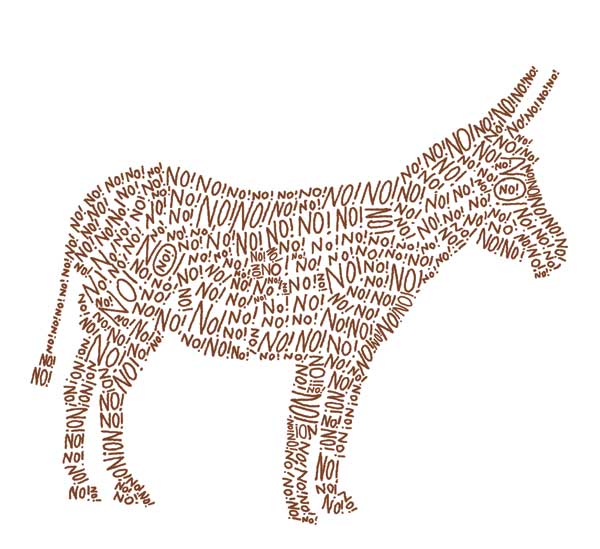 Evidently donkey is a delicacy in Shanghai. This is according to the translation of the menu at the fancy Chinese restaurant we stumbled into after getting ripped off by the cab driver.

“Maybe they mean some other kind of meat,” my girl suggested, “and it just got lost in translation.”

“I doubt it,” I said, “because the next item down is ‘braised dog.’ So, you know, it makes sense that if a restaurant serves dog, it would also serve donkey.”

“How does that make sense?” she said.

Let me just stop here and explain that Mae is eleven. When she was a small child, she accepted everything. Like the time she was two and fell asleep on an international flight and woke up in line at immigration. She yawned, looked around, and said, “Wow, this is a big airplane,” and it occurred to me that she thought we were still onboard, and that this massive reception area was another section of the aircraft. And why wouldn’t she think this? She did not recall disembarking. It made perfect sense to her. When I myself was a small kid, and my family moved around like carnival barkers, it did not occur to me that packing boxes had a function outside of being furniture. I mean, feet were propped on them, dinners were eaten off them, my mother even occasionally covered their tops with doilies. I’ll never forget the day I opened one and discovered it full of newspaper-wrapped knickknacks. I thought I’d found a secret treasure trove.

This oddly broad sense of acceptance is also why small children are more adept at learning new languages than adults. Computer language is a great example. There is a reason why a three-year-old can literally, within moments, decipher an iPad while an adult may, months later, have cracked barely a fraction of the app functions. It’s because computer language is an intuitive communication, and as we mature we tend to compartmentalize our experience and lose that intuition. In short, we stop automatically accepting things.

But that’s not to say the ability is lost forever. Picasso, for one, spent decades training himself until finally his art expressed the same childlike exuberance it had before he began training himself. And art is nothing if not a form of communication.

Years ago I came to Atlanta as a foreign-language interpreter, and I remember a client once communicating to me the Swiss equivalent of “you can bet on it,” the idiom Americans use to convey a sure thing. “We say, ‘You can take poison on it,’” he explained, and he did not have to elaborate. It meant that whatever fact you are imparting is so precise and true that you could swallow poison and this thing, this certainty, would be there to rescue you before the poison took effect. I had reached a point where stuff like this made perfect sense to me.

But now I am the mother of an eleven-year-old. She has begun to compartmentalize her experiences, and donkeys and dogs don’t fit in the box in her head where she keeps the food. As her mother, it’s important to me that she accept that some people eat donkeys, if for no reason other than to refuse it if it’s ever offered to her.

“‘Donkey’ and ‘dog’ are translated correctly,” I explained, but on the other hand there was a pattern when considering the actual mistakes on the menu. “Fried Chicken Bones in Savory Sauce,” for example, probably did not mean you got a bowl of bones. The same could be said of “Seared Bones of Lamb.”

“Here the word ‘bones’ probably means ‘legs,’” I explained. She nodded her head like I had said something sage, even though I was not translating Chinese but rather interpreting an English translation of Chinese. But still, the first step in learning any new language is the simple recognition of patterns. Isn’t that the way with almost anything? When Mae was little, she used to think our puppy’s name was “Cookie, no!,” for example, a perfectly sensible deduction based on the pattern put before her. There were no boxes in her head. And even though I know the boxes are bound to form, I still want Mae’s to be big enough, and for them to stay open but not too open. And speaking of compartments, I know that, realistically, the day will come when I won’t be there for her, but I personally do not possess a compartment for that. In my head it is impossible for me to be anything but so precise and true that if she swallowed something bad, I would be there to rescue her before the poison took effect.

I closed the menu, looked at the waiter, and told him, in a manner that was unmistakable in any language, “No donkey.”