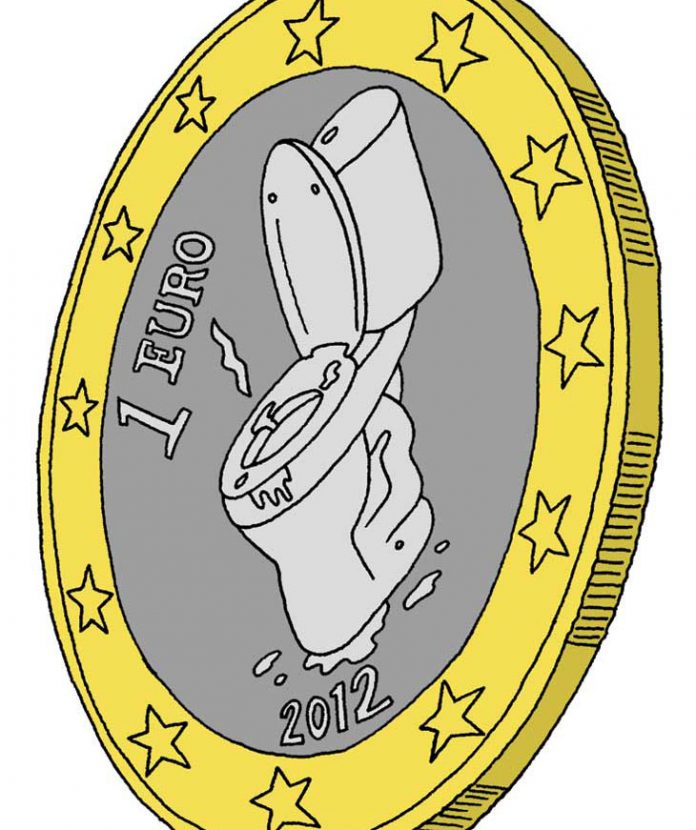 I can’t figure out Italian toilets, and anytime you can’t figure out the toilets on vacation, it makes for a bad situation. I’m okay going in if I know what to expect. For example, in Mexico you can’t really expect much. Once I went into a bathroom at a train station in Guadalajara, and it looked like the toilets had been out drinking shots of Jäger the night before and had barfed up all their contents onto the concrete floor, where bums were sleeping in it. (This really isn’t that different from the toilets at the Five Points MARTA station.) So now I know the toilet situation in Mexico, which is this: When you’ve got to go to the bathroom, you duck into the restaurant of a five-star hotel, buy a coffee, and camp out in their nice restroom as long as you want. Because really there is no stratified bathroom class system there. There is only caveman quality and five-star quality. I have that figured out. Switzerland is even easier: You just pop into a fancy department store. I have bathroom stops mapped out for the entire length of Bahnhofstrasse in Zurich. It’s such a good system, I almost don’t even need to book a hotel room when I go there.

But Milan is different. I have been to Italy a lot, on account of how my daughter is 100 percent Italian on her dad’s side—as opposed to 100 percent mystery mutt on mine—and I want her to have a strong connection to her heritage, which is something I myself didn’t have growing up. My mother made vague references to Pennsylvania Dutch lineage and my dad once bragged about how our name had a Scottish coat of arms, but other than that, we could have come from a crashed spacecraft for all I know. We traveled across country a lot as a family, owing to my mom’s job building bombs for the military. It was always by car, and if one of us needed to use the bathroom, my dad would simply pull over on the highway and tell us to get out and hurry up. My sisters and I once crossed the entire state of Texas with matching poison ivy ass-rashes.

That year we moved to California from New Hampshire, where we had only lived for nine months before packing up again. On the drive out, I asked why we couldn’t just pick an address and stay there like most people. My mother said it was because she had to follow the contracts. She came from a poor family with seven kids; she owned just one pair of shoes until she went to college on scholarship. Maybe that explains why my sisters and I had sixty pairs among us. “You want your kids to have what you didn’t growing up,” she’d say.

In Italy the toilets cost money: one entire euro. That is more than a buck. It’s not that I’m cheap; it’s that you need the exact change, which I never have. So I have to ask for it, which they never give me. I really don’t know why Italians are so partial to their change. Maybe they need it for when they have to use the bathroom themselves. But if that were the case, you would think that the bathroom lady would be generous with change, and she isn’t. So inevitably I have to go to a kiosk and buy something, but it has to be something that costs precisely enough to garner at least one one-euro coin in change, because if you are not careful you could get two two-euro coins, and the bathroom lady will not take one of those even if you tell her to keep the difference.

I’ve thought about avoiding Italy, but instead I keep going there. I’ve learned how to ask for change in Italian (Avete due più di due?), and today I still wear a colorful string around my wrist, put there by a large Nigerian man who customarily accosts us as we crest the escalator at the Duomo di Milano. “It’s for long life,” he’ll say as he ties one around my wrist and another around my daughter’s. “Thanks,” I’ll say. “One euro,” he’ll demand. I’ll produce a five and ask if he has change. “No change,” he’ll say, knowing I’ll let him keep it.

Illustration by Peter Arkle. This article originally appeared in our December 2012 issue. 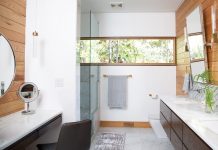 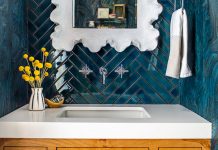 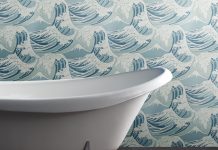 Turn your bath into a spa with these 14 seaworthy indulgences