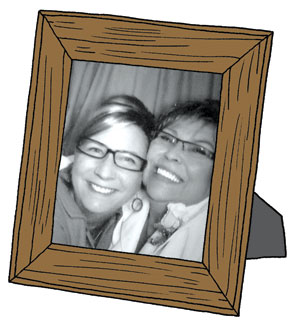 Let me just start at the beginning—or my beginning of it, anyway, since this is not a story about me but more about the illustrious Sandy Hartman and my experience with her. Sandy’s own beginning was in 1949, when she was born to a penniless single mother in a tiny Illinois town. She grew up surrounded by Mafia violence and went on to become one of the most successful real estate developers in Atlanta. But I am getting ahead of myself. I said I would start at the beginning, and for me the beginning came with a phone call three years ago from somebody in Sandy’s camp who asked if I’d be interested in ghostwriting Sandy’s memoir.

I declined. But Sandy was not one to be easily declined, and she spent the next three years trying to talk me into it. Right now I’d be filling the page with all kinds of frustrating details that don’t mean a lot to you but for some reason still resonate with me—like how I once watched her double down on three hands with $2,000 riding on each to win $12,000 in the blink of an eye, and how she had five dogs and nine cats and a smile that brightened her face like a beacon, and how she was the most fearless woman I ever met but for the fact that she was terrified of elevators, and how last Christmas she decorated her stately mansion with so many tacky light-up Christmas decorations that you could see her house with the naked eye from other galaxies—but I’ll spare you that and say, simply, that Sandy’s story is an amazing one.

For one, she had fought at death’s door four times in her life and survived to brag about it. When I met her she was living in one Atlanta mansion and owned several more. But regardless of her wealth, her fondest memory was of her childhood, when she’d often help her family clean the small church in front of the parsonage where she was born. She was fascinated with a trapdoor there that led to a small crawl space, where the church—a stop on the Underground Railroad—had hidden escaped slaves on their way to freedom. “It was hardly big enough to fit four kids side by side,” she recalled, “yet it had served as the gateway to freedom for scores of human beings, and from them whole generations had gone on to blossom. I realized then that it doesn’t take much to make a difference.”

Much later, while the crack-cocaine epidemic of the late eighties strangled the country, national television crews would follow Sandy as she patrolled her Atlanta apartment properties with a gun almost bigger than she was. “A pistol-packing landlady,” Dan Rather called her. You can still see vintage footage of the news coverage on YouTube. In it Sandy, barely five feet tall, marches toward a gaggle of drug dealers, glares up at them, and demands that they vacate her territory. Amazingly, they do as she says. Her big gun, I’m thinking, helped.

At that time, Sandy owned several large apartment buildings that she’d bought in blighted neighborhoods, fixed up, and converted into safe, low-income housing for impoverished Atlanta residents. She instigated neighborhood watches and after-school programs in her apartment communities in order to direct the children away from drug addiction. She made it a point to be present as the school buses let the children out so she could hug each of them and talk to them about their day. Sandy was heralded by politicians at the local and national levels. She was particularly proud of a letter from former Mayor Andrew Young commending her on her work, and of a full-page ad that appeared in the New York Times, praising her for how she’d helped the lives of nearly a hundred impoverished families.

I said I would start at the beginning, and thanks to Sandy, there are now so many new beginnings in this city for so many people who otherwise would not have had them. But it is inevitable that with beginnings come endings, and Sandy’s came on New Year’s Eve, when her fifth face-to-face with severe illness, this time cancer that had spread to her lungs and other organs, finally claimed her. I was at her side not long beforehand, and she talked again of the trapdoor in the floor of the church of her childhood, and how amazed she was to learn that so much could fit into such a little space. “But it’s like your heart,” she said. “You can fit so much inside if you just open it.” 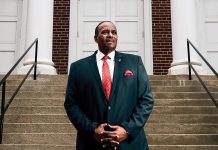 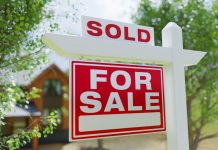 Atlanta’s real estate market is slowing, but prices are still sky-high: Here’s the climate for buyers and sellers