How did your story begin? I was born and raised in Canada, and influenced by the purity of natural forms around me. I am partially deaf, so that was my first medical challenge. As a child, I searched for things to comfort me: my first “blankie” with its satin trim, doll clothes that my mother made for my Barbie. I substituted tactile things for sound.

When did you first realize you were an artist? When I was around four years old, I started spending Saturdays at my father’s electrical contracting company. The materials there were fascinating: bell wire, copper pipe, spools, nuts, bolts, and more. In my imagination, they were transformed into diamond tiaras, toadstools, tea tables, and otherworldly costumes.

How did you decide on fiber as your chief medium of expression? As a 15-year-old piano scholarship student at Interlochen Arts Academy in Michigan, I minored in dance. When I caught mononucleosis, my thyroid level dropped, causing a 40-pound weight gain and a hospital stay. During that time, I took a weaving course. I was an immediate fiber addict. It chose me.

Describe some of your techniques. Drawing bores me. I love sewing; it’s so cathartic, creative, and tactile. Materials and sculptural forms speak to me and form the concepts in my mind. I use many processes and machines—even the old Bernina sewing machine that my mother used to teach me. My processes include free-motion machine embroidery, a technique that uses thread to either “draw” in a representational manner or build up surface and texture to create depth. I recently bought a 3-D printer and am having a blast with it.

How would you describe your art? There is a strong emphasis on nature and biological forms, mostly abstract. I don’t like realism much. My work in the late 1990s and early 2000 was based on women’s and children’s issues. Also, my work Mass Hysteria is based on my mother’s descent into dementia and my anger about it.

How did Atlanta become your home? I was finishing my master’s degree in Texas in 2007. My husband, whom I call my “art patron,” had come to Atlanta seven months earlier for a new job. We looked at about 200 houses before we found this one. It’s a wonderful modern house designed by Atlanta architect Franz Schneider. I have taught at the Galloway School and teach students privately in my studio.

Where can the public see your work? I stitched thousands of ears for the Invisible:VisAble exhibition I’m curating at the Abernathy Arts Center this fall, featuring 12 international, national, and local artists. This show will explore the reactions of various artists to their hidden disabilities. My work will be a weeping willow of ears, a reference to a tree I used to play under. When you lean into the work, a voice will quietly say, “Never mind,” a response a partially deaf person hears often. In October I am exhibiting with quilter Virginia Greaves; we are creating abstract quilts based on photos taken in car washes. I am also a finalist for a Fulton County library installation.

What is your most cherished work so far? The children’s book that I wrote and illustrated, Animal Alphabet Traveling Twisters, is to be published later this year. It’s my labor of love; this will be my legacy to my children and grandchildren. 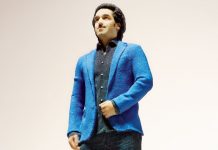 With the MiniMe Factory, anyone—even your dog—can become a pint-sized figurine 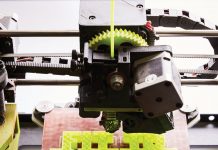 3-D printing is powering the next industrial revolution. Meet 5 of Atlanta’s innovators.