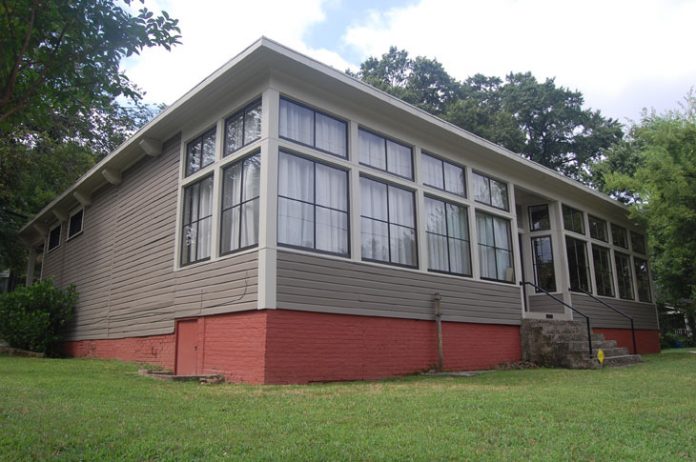 Originally a post office and general store for the now-defunct town of Chattahoochee, circa 1896, this property was restored as two lofts in 1996 and listed on the National Register of Historic Places. It is located in Whittier Mill Village, a century-old cotton mill community now spread around a seventeen-acre city park along the Chattahoochee River—similar to Cabbagetown, only west of Westside. One side is 2,000 square feet, divided by the original post office window, making it a suitable live-work space. The other side, at 1,000 square feet, is residential and includes the antique dry goods shelves. The smaller side was formerly occupied by prominent Atlanta designer Barbara Westbrook and was featured in Atlanta Magazine’s HOME. Bett Williams, Dorsey Alston Realtors, 404-352-2010