By 4 p.m. on May 21, 1917, the Great Atlanta Fire was roaring down Boulevard toward Angier Avenue. The flames would go on to engulf 1,900 structures on 300 acres but would spare the lucky 26-year-old home at 534 Angier by less than a block.

Shortly afterward, the family of current owner Miss Maddie Davis purchased the home. For 95 years, the house—frequently referred to as “the most beautiful house on the street” by neighbors—remained in her family. When Miss Davis began facing health issues, the circa-1891 residence, located just two blocks from Ponce City Market, fell into disrepair.

In 2014, Kerri O’Connor and her construction company, Legacy Ventures, went to work on the dilapidated former beauty, restoring and renovating it over the course of 10 months. “We updated it and brought it up to today’s standards, but really, really tried to keep a lot of the original character,” says O’Connor.

In many cases, honoring the home’s history involved repurposing materials. Outside, the herringbone-patterned walkway was rebuilt using bricks from the original home’s chimney. The first-floor bathroom’s vanity was constructed using reclaimed floor joists. The stair railing was too short to meet modern codes and had to be lifted, but every other spindle was tall enough to be reused; the others are meticulous recreations that are virtually indistinguishable from the originals. Some areas also feature floating shelves made of wood recovered from the original construction.

The five-bedroom house boasts four original brick fireplaces as well as some decorative exposed brick areas revealed when plaster was removed. Much of the exterior is made of original siding that was carefully repaired and restored.

When significant changes had to be made, O’Connor’s team strived to retain the aesthetic of the original home. A second gable replaced the shed roof for the sake of balance; but, O’Connor notes, “When we added the larger gable on the right, we mirrored the original trim work and design, which has an almost board-and-batten kind of feel. We also created new columns and corbels for the sides of each window and along the side of the house that mirrored the original ones.” A radius window in the master bedroom had to be replaced for egress but the shape of the original and the siding around it was maintained.

Listing agent Jen Engel of Nest Atlanta says, “The house was in really rough shape, but Kerri honored the house’s history to create something that is honestly amazing.” The team hopes to bring Miss Davis out to witness the transformation of her family’s long-time home for herself but will walk her through the online virtual tour in the event that she can’t make it in person. 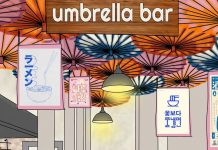