Metro Atlanta certainly has no shortage of impressive art galleries, but get a little farther afield and you might stumble upon unexpected treasures for your collection. Here, three destinations less than two hours away with galleries worth the drive.

Artist and gallerist Tif Sigfrids owned a successful self-titled gallery in Los Angeles until 2017, when she relocated to Athens, where she’d spent a year as a teen. Her friend, painter Ridley Howard, attended art school at UGA and had recently returned to the college town after nearly 20 years in New York. Both were eager to get outside of the mainstream art cities, and last year, the pair teamed up to open a gallery space downtown, where they host concurrent exhibitions in different spaces under the same roof—his is called Howard’s. Both foster contemporary, big city–caliber art while at the same time supporting local artists.

“Many serious collectors feel like they need to go to New York or L.A.,” says Sigfrids, who hosts the same roster she did in L.A. “But now, they can just find these artists in Athens somehow.”

This fall, Tif Sigfrids will host an exhibition of paintings by New York artist Adrianne Rubenstein, who is the director of the Tribeca gallery Canada. Meanwhile, Howard’s will exhibit colorful, corporeal sculpture by Athens-based Katya Tepper and the bright, minimalist works of New York–based abstract painter Greg Bogin, inspired by long-distance cycling.

Last year, an artist co-op of residents of Chattahoochee Hills opened Chatt Hills Gallery at Serenbe, displaying the work of more than a dozen artists. Work includes modern quilts by Janice Barton and digitally enhanced nature photographs by Adrienne Anbinder. As part of its mission to foster an arts-driven community, the Art Farm at Serenbe curates the work of local and regional artists and displays them in the community’s event venue, Gainey Hall, rotating exhibits every six to eight weeks.

The Hambidge Center is known for artist residencies, and its Weave Shed Gallery features work by artist fellows as well as others across the region. Its current exhibition, Minding the Gap, displays photography of oft-overlooked scenes of Rabun County. Nearby, in Clayton, the Main Street Gallery is a trusted source of contemporary Southern folk art.

There are many folk pottery centers—so-called “jug-towns”—dotting the North Georgia mountains. Fall pottery sales date back to the days when stoneware was meant for storing food for winter, and many potters continue the tradition, although now targeted to collectors. The Folk Pottery Museum of Northeast Georgia hosts its annual festival and sale on August 31, and its store sells original work year-round. About 30 minutes south in Lula is Crocker Folk Pottery, featuring the work of famous traditional potters like the Crocker and Meaders families.

This article appears in our Fall 2019 issue of Atlanta Magazine’s HOME.

Beyond Football: Choose an ATHventure in Athens 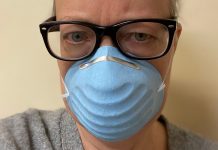 Do I have COVID-19? Maybe. But like many Georgians, I’ve found it impossible to get a test.