FEATURES
Top Doctors
Our annual roster helps you find the doctors that other doctors trust most. Plus, an extended list of patients’ top picks and contributor Michele Cohen Marill talks with physicians about what it’s like to work on the front lines of patient care.

Anchor Woman
In August 1975, Atlanta tuned in to see an African American deliver the six o’clock news for the first time. Almost forty years later, as she nears retirement, Monica Pearson reflects on the biggest stories of her historic career.
By Richard L. Eldredge
> FROM OUR ARCHIVES: Read our 1986 feature story about the newscaster’s heyday

There’s Gold in Them Thar Hills!
Almost two centuries after a gold rush brought fortune hunters (and bars and brothels) to North Georgia, a new generation of prospectors is rediscovering what’s been true for 500 million years.
By Candice Dyer 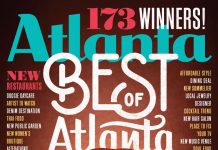 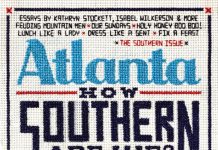 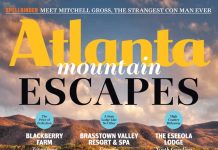