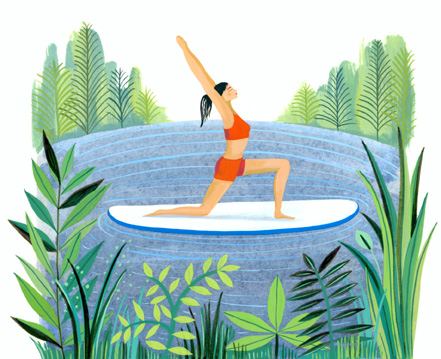 Lake Lanier isn’t Georgia’s largest lake, but it is the closest major reservoir to Atlanta, the state’s most visited, and perhaps its most notorious. There are the ribald rumors of Cocktail Cove—a secluded bastion for booze-soaked boaters that is almost inaccessible by land. There is all the press about boating accidents on the channels, including the one last summer involving two brothers, nine and thirteen, killed by a drunk pilot. According to the Georgia Department of Natural Resources, more boating incidents (thirty-six) and fatalities (five) occurred at Lanier last year than at the seven other lakes in its jurisdiction combined—and almost as many BUIs (sixty). These records directly contributed to new state legislation lowering the legal blood-alcohol limit for boaters from .10 to .08. But beneath Lanier’s choppy reputation rest 38,000 acres of tranquil escape just a few miles out the city’s back door. Lanier might not be a secret, but here are some new reasons to visit Atlanta’s lake:

Wake the Lake Cable Park
The brand-new Wake the Lake Cable Park is the only wakeboard cable park on Lake Lanier and in the metro Atlanta area. Learn to wakeboard without a boat at a fraction of the price (sessions from $25). Cable pulls last five or six minutes and offer smooth rides because they are isolated from boat traffic. Beginners can learn how to stay afloat, and experienced boarders can hone their skills on jumps, obstacles, and rails. Rent their gear, or bring your own. newwavecablepark.com

Don Carter State Park
Georgia’s newest state park—and its first on Lake Lanier—will open early this summer. Located on the relatively quiet north side, the park will feature three and a half miles of hiking trails, a large sand swimming beach with a bathhouse, and playgrounds. Accommodations include brand-new two-bedroom cabins with cozy porches, RV pull-through campsites, and a camping area just for tents and hammocks. gastateparks.org/doncarter

Quiet on the Cove
For a true Zen experience on Lake Lanier, try stand-up paddleboard yoga. Check in with Atlanta SUP Yoga at Vann’s Tavern Park and paddle to a quiet corner, where you can salute the sun while floating on water. Ninety-minute yoga or Pilates classes—taught by an instructor certified in both practices, as well as in paddleboarding—are suitable for beginners or advanced practitioners and cost $30 ($15 BYOB). Preregister online at atlanta­supyoga.com. If a spa is more your idea of peaceful bliss, check out Lake Lanier Islands Resort’s new floating massage rooms. While your kids cavort among the expanded water park attractions in Sunset Cove, you can chill nearby. Noise-canceling headphones optional (but available). lakelanierislands.com