You asked, we answered: 34 things you probably don’t know about Atlanta

Did Clermont Lounge’s Blondie really publish a book of poetry? 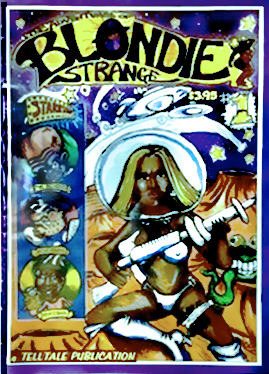 It’s no secret that, in addition to being the Clermont Lounge’s most famous dancer and skilled beer can–crusher, Blondie—aka Anita Rae Strange—is also a poet. She began writing poems in the late 1980s and would read her work on stage in between live band sets at the lounge. In 1992, she recited “The Late Nite Review” on the Sally Jessy Raphael Show. She even claims that one of her poems is archived in the Library of Congress. In 1997, she was immortalized in her very own comic book, The Adventures of Blondie Strange, shown on the cover as a bikini-clad space explorer with a futuristic gun. Blondie wrote the foreword, and the comic also features some of her poetry. It’s hard to come by a copy these days, but as of publication, there was one going for $100 on Ebay. But as far as a book of poems written solely by Blondie, we’re still waiting.