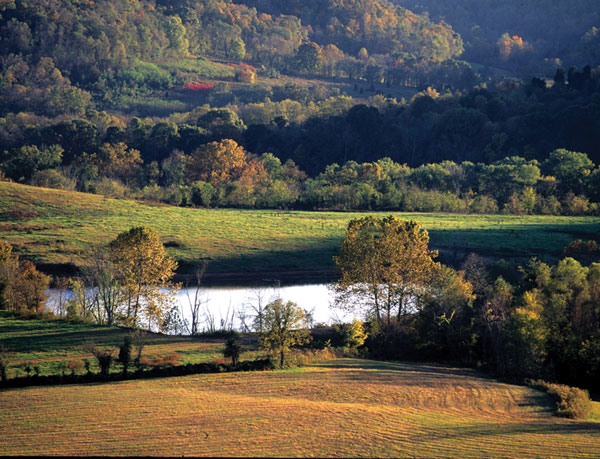 I smelled something dead as I mounted my LeMond. The temperature was already topping 90 degrees before eleven in the morning on the outskirts of Nashville. Larry and Dianne Butler, who had shuttled me upstate from their place in Collinwood to the northern terminus of the Natchez Trace Parkway, joked that the smell was another bicyclist who had “keeled over right quick.” They poured ice from their cooler into my CamelBak and hoped they’d see me again.

I was attempting a two-day, 100-mile ride along the trace, a National Scenic Byway that wends 444 miles from Nashville, Tennessee, to Natchez, Mississippi. The road has no stop signs or stop lights—only forest, farmland, creeks, antebellum homes, battlefields, and towns where you can get anything fried.  But on this July day, a high of 104 was forecast.

For nearly five decades now, Dianne, who has the matronly habit of looking over her glasses, has run a beauty parlor (“$9 for a shampoo and a set stiff as a board”) in Collinwood, where she and Larry grew up and married at age eighteen. A few years ago, Larry—who worked for Murray bicycles until the plant closed in 2005—added a handsome, air-conditioned apartment. Folks following the footsteps of bison, Native Americans, Meriwether Lewis, and Andrew Jackson stay with the Butlers and bring word of the outside world.

Now sixty-six, the Butlers are two of the kind people who operate the thirty-seven B&B-type inns along the trace, following the tradition of the original “stands” on its ancient route through Tennessee, Alabama, and Mississippi. With the help of the Natchez Trace Bed and Breakfast Reservation Service, I booked two nights with the Butlers and one at a farm in Santa Fe (pronounced “Santa Fee”), Tennessee.

After steak biscuits at the Loveless Cafe—a legendary meat-and-three since 1951 that happens to be at the trail’s end—the Butlers drove off, and I got on my bike with four liters of water, country ham and biscuits, and a few other supplies. My map showed a lunch stop and a few historical points of interest. Mostly it was just silky-smooth blacktop through a green tunnel, with no billboards or computer screens and very few cars.

I passed through oak, poplar, sycamore, gum, and pine trees and saw more beasts than bikers: turkey, rabbit, deer, and a red-tailed hawk. The trace follows a ridge and was originally a game trail, later used by Native Americans and then traders traveling to the “Old Southwest.” There was a double-arch bridge at my mile six. A beautiful creek at mile nineteen. At mile twenty-one: the Tennessee Valley divide, which in 1796 marked the line between the United States and the Chickasaw Nation.

By midafternoon I was at Creekview Farm, where a well-appointed farmhouse awaited me for the night. Dinner was all-you-can-eat at a backwoods Cajun place called Papa Boudreaux’s. The food—crawfish etouffee, gumbo, jambalaya, andouille sausage—wasn’t a far cry from Cafe Du Monde, or I was famished. Maybe both.

The next day I rode seventy miles, stopping frequently to switch soaked bandanas, relax in the shade of old tobacco barns and valley overlooks, and eat chocolate-chip cookies from the farm. I took an unintentional nap not far from the grave of Meriwether Lewis, who died on the trail (cause debated) in 1809, barely beyond my age when his life ended. I pondered my own mortality and popped a handful of Advil.

When I finally arrived back at Collinwood, Dianne handed me a Sun Drop and invited me to grill some burgers with Larry. I was already dreaming about making the trip when the leaves turn.

Photograph courtesy of the Tennessee Department of Tourist Development 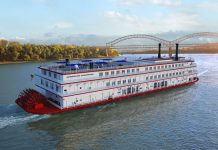