What it is During fourteen months of the Civil War, about 45,000 Union soldiers were held in the Confederacy’s military prison at Camp Sumter in Andersonville, Georgia. Nearly 13,000 died and were buried just outside the facility. The site became part of the National Park System in 1970 and now includes the Andersonville National Cemetery and the National Prisoner of War Museum. Through 2015, the park is recognizing its sesquicentennial anniversary. Veterans Day can get crowded, but it’s a moving time to visit. nps.gov/ande

Where to stay The Windsor Hotel in Americus, which was built in 1892 and renovated in 2010.

Where to eat Try Yoder’s Deitsch Haus in nearby Montezuma for the shredded ham with pineapple in a cafeteria setting (478-472-2024). Gladys’ Kitchen in Americus gets kudos for its authentic soul food (229-928-1975); the Station is more full service, with steak, calzones, and seafood.

Before the trip Watch Andersonville, an award-winning docudrama that aired on TNT in 1996.

Why I go “Andersonville offers a unique opportunity to look through the eyes of a prisoner of war. While it’s disturbing to see the atrocities Americans committed against their countrymen in the Civil War stockade, the experience helped me appreciate our nation’s willingness to demand humane standards of war. The stockade illustrates life for thousands of exposed, disease-ridden, and starving Civil War soldiers. The POW museum shares captivating testimonials from people imprisoned in modern engagements. And the national cemetery is an elegant resting place for veterans.” —Rickey Bevington, GPD’s News Director of TV, Radio & Digital 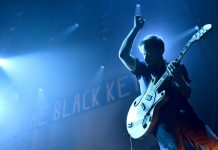