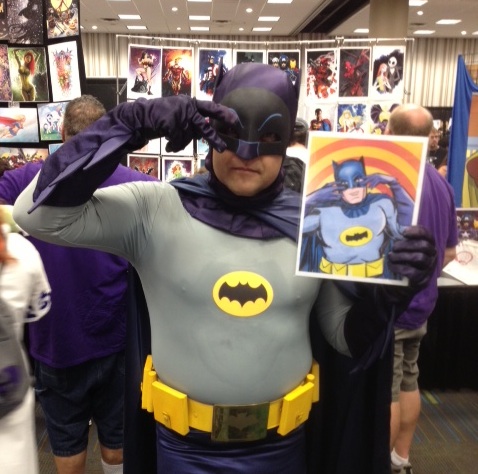 There are valuable lessons to be learned, and we’re not just talking about the “Star Wars Costuming” panel or the lessons in stage fighting or the seminar on “the cultural roots of Tolkien’s The Hobbit in the Old Norse literary form of the Legendary Saga.”

Here are the six truths we gleaned in just twenty-four hours at the con. 2. Ignore media pressure to conform to a certain body type.
Don’t let anything stop you from wearing spandex or fishnets. The costumed conventioneers ooze confidence, showing that you don’t have to look like some ridiculous media-mandated standard to have great self esteem.

3. Don’t restrict yourself to traditional gender roles.
If you want to dress up as Wonder Man, go for it. We spotted Doctor Who in female form at least a dozen times, not to mention a Duff Beer Girl, a masculine Princess Leia, and a feminine Darth Vader.

4.  Everything’s better with a buddy.
Every Green Hornet has more fun with a Kato on hand. Ditto for Harry and Hermoine, Morticia and Gomez, Spock and Kirk, or, for that matter, an entire cohort of Spartan warriors. We saw varied incarnations of the Big Lebowski character. And a few bearded dudes dressed as Jesus. In a few cases, it wasn’t certain which was which, but that’s okay. (See Lesson No. 1)

6. Don’t make assumptions about people who seem different from you.
Jocks and nerds have a whole lot more in common than you think. Roll Tide. Live long and prosper. DragonCon always coincides with a big college game, and watching hordes of face-painted, jersey-clad football fans share the sidewalks with face-painted fantasy enthusiasts, one realizes they all just want to bond with their tribe and root for their heroes.