Home News & Opinion Crime & Courts 9 tips to make sure you never star in a real-life version... 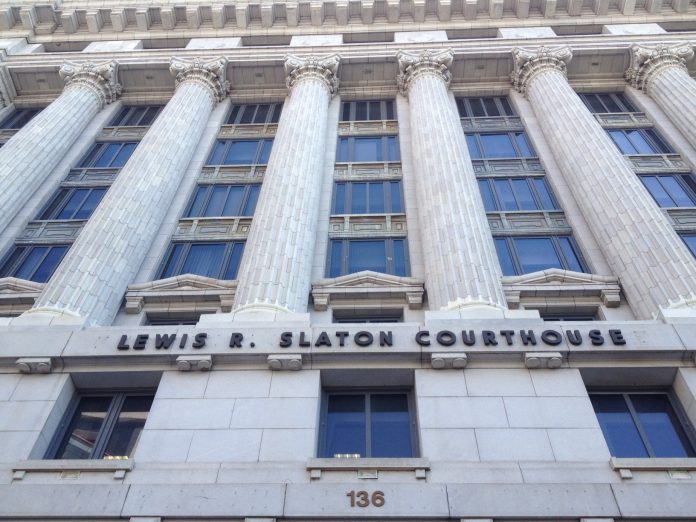 When the fleet of news vans is docked, mast-like antennae jutting upward, outside of the Fulton County Courthouse, they are there for murder, corruption, the headliner drama of Superior Court.

But while the big-shot prosecutors slug it out with the high-priced defense attorneys in front of the media gallery on the upper floors of 136 Pryor Street, real life plays out on the ground floor, in courtrooms 1A and 1B. This is Fulton County Magistrate Criminal Court, for misdemeanors and lesser felonies, crimes like petty theft, bad checks of $500 or less, harassment, aggravated assault, and minor domestic disturbances. Think The People’s Court or Judge Judy. But in real life, it often plays out more like Jerry Springer. A husband and wife who are always calling the cops on each other. A mother upset that her ex-husband’s new wife spanked her daughter. A 40-year-old woman accusing her identical twin of stealing money from her bank account while she was in prison. “While she was cussing her sister out, she yelled, ‘You ugly bitch!’” says court mediator Denise Grant. “They were twins!”

When someone is wronged, they come down to the courthouse and fill out an application for a warrant on the transgressor. That application is then put before the magistrate judge. On the date a case is docketed, both parties are required to appear before the judge with witnesses and evidence to make their argument. (If the complainant doesn’t show, the case is almost always immediately dismissed. If the defendant is absent, the judge can issue an arrest warrant.) But when both parties are present, before announcing their case, the judge will give them the option to step outside the courtroom and see “Miss Grant” in her office. And if an agreement can be worked out in writing, the case will be dismissed.

“People come to court angry, scared, crying, ready to fight,” says Grant, a Brooklyn native who left a career as an emergency medical technician for this gig 15 years ago because it was less stressful. “I try to broker agreements to resolve disputes so that people won’t have a record or they can right a wrong without spending the next two years in court.”

Grant’s decade and a half of hearing people’s personal drama has not only shown her a glimpse of the sometimes depraved and occasionally comical underbelly of the county—not to mention supplying her with hours of spit-take cocktail conversation—but it has also given her unique insight on how to avoid ending up in court in the first place. Here, in her unique and . . . um . . .  direct voice, are Grant’s tips to keep your dirty laundry from ever airing in her office: