About an hour east of Atlanta, corn stalks tower over visitors wandering through the Loganville maze, which twists and turns for more than four miles. High above Corn Dawgs’ seven-acre cornfield, the meandering paths reveal themselves as part of a carefully crafted portrait of Chris Kyle, the late marksman portrayed in the Clint Eastwood film American Sniper, along with the words “God Bless America” in cursive. Drone elevation: 240 feet

How a boudoir photography shoot boosted my self-confidence 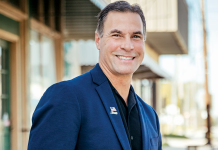