Home News & Opinion From the Magazine A Marietta man’s medical app gets funding from a fictional doctor: Patrick...

At Crowdmed.com, patients pay a $50 refundable deposit, then anonymously submit information about their cases. Many of the site’s 200 or so medical detectives collaborate to solve the diagnostic puzzle. These investigators include doctors, med students, chiropractors, nutritionists, and physician assistants. And there’s at least one celebrity “doctor” in the mix: Grey’s Anatomy actor Patrick Dempsey invested in the startup.

Heyman, who also founded the Atlanta-based survey company Infosurv, says CrowdMed offers a diagnosis about fifty times faster than the traditional medical route. To test the site, he used his sister’s case. CrowdMed found the correct diagnosis within a few days: FXPOI, or fragile x-associated primary ovarian insufficiency.
The average CrowdMed patient has been sick for six years, seen eight doctors, and had $50,000 in medical bills. Heyman says 80 percent of the site’s users found that the top diagnostic suggestions they received were accurate.

This article originally appeared in our August 2014 issue under the headline “McDreamy Funds an App.” 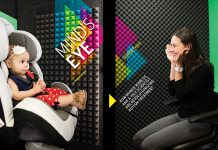 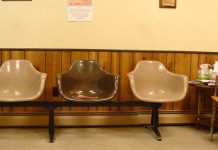