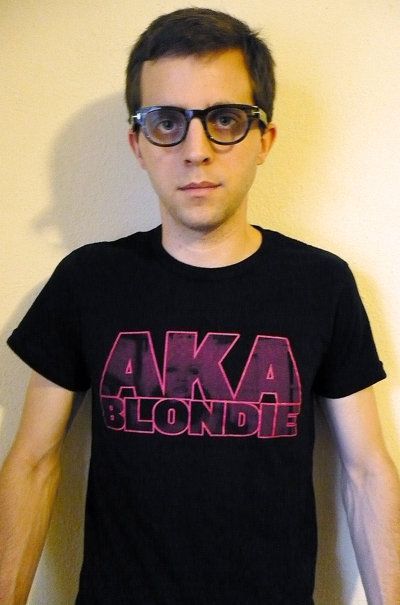 When Atlanta filmmakers Jon and Brantly Watts finally screened “AKA Blondie, their 52-minute documentary for Atlanta’s most famous stripper this spring, Jon will cop to being a little nervous. The doc, the first in-depth examination of 55-year-old Clermont Lounge legend Anita Mae Strange‘s life and times, screens this week at 9:30 p.m. at The Plaza Theatre. “She came over to our place, we popped in the DVD, had some wine and ended up finishing the project the way we started it with just the three of us,” says director Jon Watts. “We were all a little nervous, I think. We held hands. But Blondie loved it. We were really focused on presenting her story in a respectful way.”

With a soundtrack featuring Redneck Greece Delux‘s classic “Mama Was a Dancer at the Clermont Lounge” and interviews with celebrity fans like comic Margaret Cho (who touts the ageless sex appeal of the Clermont’s dancers), “AKA Blondie” is a loving celebration of the dancer’s beer can crushing, poetry-reading career — one city landmark dancing in the basement of another. Last year’s Atlanta magazine 50th anniversary party at the Atlanta History Center (where Blondie was one of the 50 feted, mingling with guests including Mayor Kasim Reed and Congressman John Lewis) even makes a cameo appearance in the film.

Jon was first introduced to the grungy wonders of the Clermont Lounge six years ago when his then-girlfriend Brantly gifted him with a birthday outing to the infamous Ponce de Leon Avenue dive bar. “I went to high school in Marietta and had always heard of this weird place but I had never been,” Jon recounts. “Blondie was working that night and she did her beer can crushing and she had her poetry with her. I ended up talking with her for 45 minutes. I knew immediately there was a great character study there.”

The film opens with the stripper’s classic 1992 visit to the “Sally Jessy Raphael” daytime talk show where she discusses the art of shaking your mammary glands for a living and also features archival footage of Blondie in action at the Clermont, some of it dating back nearly two decades. “When we first screened it for her, we had to stop the film several times so Blondie could go back and look at some of the stuff we had found because she had never seen it,” explains Jon Watts.

Included in the finds? A photo from the cover of  Strange’s father’s funeral program that Watts had requested from a funeral home. Strange didn’t get to attend the service a decade ago. The Watts later presented Strange with the original program as a keepsake when filming wrapped.

In addition to selling out at the Atlanta Film Festival this spring and this week’s run at the Plaza, the Watts’ company, Half Pint Productions, LLC  has also entered the doc in the city’s 25th anniversary Out on Film festival this fall and sent it off to other festivals across the country, including the Hot Springs Documentary Film Festival. There are also plans to put the doc out on DVD.

“While Blondie’s story is unique to Atlanta and the south, her story is relatable to everybody,” Watts says. “We want people at other festivals in other cities to see her appeal too. It was important to tell the story right.” The filmmaker estimates the doc cost the couple about $10,000 to make, including lap dances.

“It’s been totally worth it,” laughs Watts. “Having Blondie dance for my wife turned out to be one of the highlights of my life!”