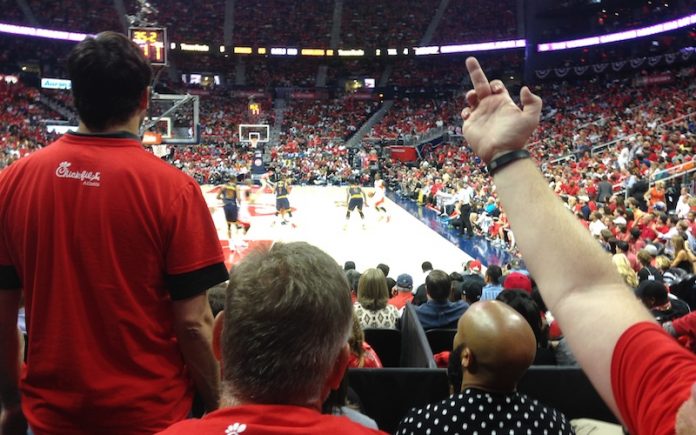 I ran into former Hawks star Dikembe Mutombo after last night’s game, which isn’t hard to do considering that even among giants he’s a behemoth, standing 7 feet and 2 inches tall. “Why did we lose?” I asked him, shaking my head. “Because we quit,” he grumbled, shaking his much larger head.

So there you have it, folks: We lay down on the tracks in game two. Need we dissect the corpse that is the Atlanta Hawks basketball team right now? Let’s save ourselves the teeth-gnashing and the grief. Instead, I offer you 11 somewhat interesting things I learned tonight as the Hawks succumbed to the Cleveland Cavaliers 94-82, losing their second straight in the best of seven series, in a lackluster performance that may well spell doom.