Home News & Opinion Hollywood of the South As more films like ‘Last of Robin Hood’ are filmed in Atlanta,... 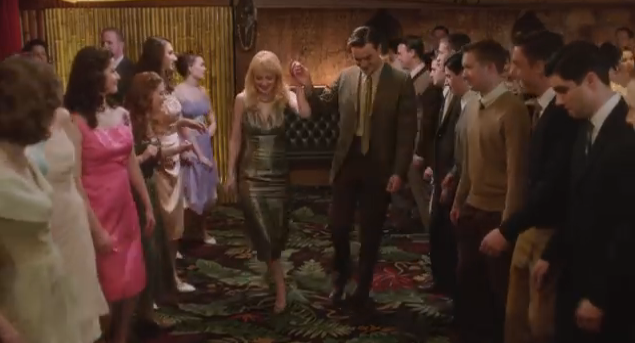 Seeing Will Ferrell (or is it Ron Burgundy?) on Peachtree Street. Meeting Jim Carrey in a Buckhead Barnes & Noble. Shopping in downtown Athens with Justin Timberlake and Amy Adams. Even receiving wardrobe compliments from Kevin Kline. All totally plausible ventures now that Atlanta and other Georgia cities and towns are becoming go-tos in the film industry for both major and independent studios.

One of the latest “Made in Georgia” flicks, The Last of Robin Hood, an indie filmed in Atlanta and surrounding areas in February 2013, released its trailer earlier this week. The film debuted at the Toronto International Film Festival in September and was picked up by Samuel Goldwyn Films in early April.

Written and directed by Richard Glatzer and Wash Westmoreland, it chronicles the tail end of the life of Hollywood legend Errol Flynn (Kevin Kline)—much of which was consumed by the then-aspiring teen actress Beverly Aadland (Conyer’s own Dakota Fanning). Aadland’s mother, Florence (Susan Sarandon), supports her daughter’s dreams of stardom but must also face the public’s scrutiny when the romantic relationship between her daughter and Flynn is uncovered.

Although the film’s events took place more than fifty years in the past, a young actor’s insatiable appetite for the spotlight is a story the 21st century knows all too well. And with Atlanta becoming a mini Hollywood–minus the always-sunny skies–that dream may be easier to achieve than ever before–or for at least fifteen seconds of fame, anyway. Plenty of movies means more opportunites for extras, and in many cases, landing a part might require nothing more than a photo. (Find out where to submit yours here.)

Granted, your eyebrows might be the only visible part of you in your crowd scene on The Walking Dead. Then again, it could be your entire face as you walk behind the stars of The Hunger Games series–and even if it’s not on screen for a whole fifteen seconds, it’s still your face that was in the same shot as Jennifer Lawrence. So there.

And one thing is definitely true: While everyone else in the movie theater does the “I just drank 64 ounces of Diet Coke, get me out of here” dance right on out the doors as the film ends, if the spilled sodas and forgotten candy don’t have you already stuck to your seat, the promise of seeing your name in the credits will.

The Last of Robin Hood is scheduled for theatrical release on August 29, but until then, check out the trailer is below: