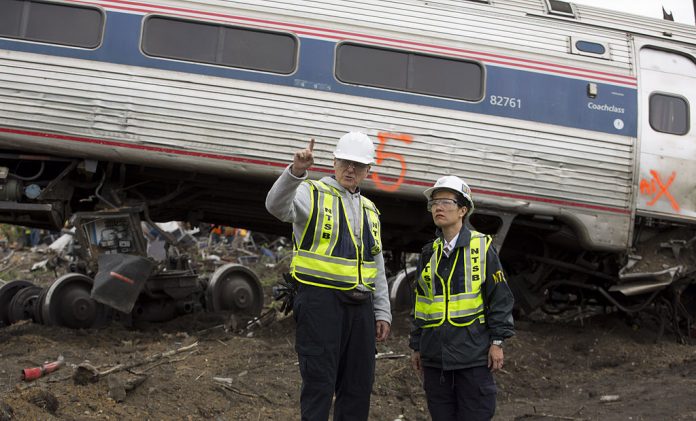 On May 12, 2015, Amtrak 188 crashed in north Philadelphia, a derailment that resulted in eight deaths and more than 200 injuries. In painstaking detail, Atlanta-based writer Shaer captures how a seemingly normal train ride went awry:

It was a tricky series of maneuvers for even the most experienced engineer: speed up out of North Philadelphia Station; slow for a gradual curve at North Second Street; throttle open again for the straightaway, where the speed limit is 70 m.p.h.; and dump speed for the sharp 50-m.p.h. curve.

Instead, Amtrak 188 continued to accelerate on the straightaway—90 miles per hour, 95. Near the entrance to the curve, it hit 106 m.p.h., more than twice the posted speed limit. At the last moment, Bostian activated the emergency brake, but it was too late: The 98-ton locomotive and the seven cars and the 250 terrified passengers were now traveling on their own momentum, free from the rails, lurching rightward into the earth and forward into the surrounding darkness.

Dan Mistich in the Bitter Southerner on an Athens guitar maker

When you think of Athens’s music scene, bands like R.E.M. and the Drive-By Truckers are what come to mind, along with venues like the Georgia Theatre and 40 Watt. Mitsch, however, explores how local luthier Scott Baxendale has influenced Athens—and how Athens saved him:

Now in his 60s, Baxendale seems content to stay in Athens. His luthier’s school trains most of the guitar technicians in town, and Baxendale’s personal services are still in very high demand. He’s found a way to fit seamlessly into Athens’ fabric.

Though not originally from the South, Baxendale lives and breathes by the principle of reconstruction—in its benign sense, the idea that even with limited resources, great things can be created. His ongoing project to restore cheap Harmony and Kay guitars has become one of his business’ greatest assets. On face, this may appear counterintuitive for a luthier with a reputation like Baxendale’s. Working on cheap, old, Sears-catalog guitars may seem like work for an amateur, but after years of studying the craft, Baxendale swears by these often-overlooked instruments. After nearly 40 years of guitar making and repairs in spots all over America led him to Athens in 2010, he seems to have perfected the ability to salvage the musical hearts and souls of discarded instruments.

Scott Baxendalee does some of the world’s best “guitar salvage” work. In the process, he’s managed to salvage himself.

Atlanta remains one of the nation’s largest sex trafficking hubs. For the past few months, Taylor has spent time with a girl who was forced into prostitution at age 13. Taylor reports on her life in captivity and how she found a way out:

“I guess I shouldn’t be smoking.” She says she’s cutting back. There are fewer cigarettes and less time out with friends. “I still smoke a little weed,” Annika confesses. I am immediately suspicious about what “a little” means, which she notices. “Just when my nerves get bad,” she assures me.

She tells me the baby sleeps “real good” and that her mother keeps asking when she is going to get her GED. “I ain’t thinking about no school, right now,” she says. She assures me that she wants to go back to school and get a good job so that she can take care of her son.

“I know how to get money,” Annika says, “but that ain’t the right kind of money.”

Read: The Sex-Trafficking Victim Next Door

In November, student Ellie Studdard was walking alone while visiting the cemetery with some of her classmates, where it was believed Mr. Nixon was buried, when she found a slab with the letters “ISA” visible beneath mud and leaves. Beneath the debris, she discovered the grave.

“We wanted to help them in any way we could,” Ms. Studdard, 20, said of Ms. Williams and her family.

At her father’s graveside Friday, Ms. Williams, a retired psychiatric nurse, recalled that she was filled with anger about her father’s death when the students first contacted her about reinvestigating his killing. “The anger now is completely released,” she said.

Earlier this week, self-taught Alabama folk artist Thornton Dial died at age 87. His work, which can found in both the High Museum and Freedom Park, made its mark on Atlanta and across the globe. Check out pieces by Celia Carey and William Grimes on Dial’s life. If you’re looking for a longer read, it’s worth revisiting Paige Williams’s 2013 New Yorker story on Bill Arnett, the Atlanta-based collector who worked to get the outsider artist in front of a wider audience:

Although critics have compared Dial to major artists, such as Jasper Johns, he has not been fully ratified as a master. His work tends to be categorized as “outsider art”; though his pieces have settled into various collections, no major museum owns a significant number of them. The “Hard Truths” show received some strong praise—in Time, Richard Lacayo called Dial’s work “assured, delightful and powerful”—yet it travelled only to Indianapolis, New Orleans, and Charlotte before coming to Atlanta.

The critic and musician Greg Tate has written that excluding Dial’s art from top museums is like “excluding Stevie Wonder, Aretha Franklin, and Jimi Hendrix from any serious conversation about postwar American music.” At a recent panel on Dial at the National Academy Museum, in New York, he said that the only remaining question is which “major institutional curator is going to be the first to do a major retrospective of his work east of the Rockies and north of the Mason-Dixon line. In other words, when is Dial coming to New York in full?” This was the question that drove Arnett.

Read: Composition in Black And White 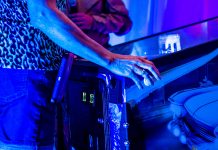 Atlanta Must Reads for the Week: suburban basement arcades, a strip club DJ, and a polarizing paleoanthropologist 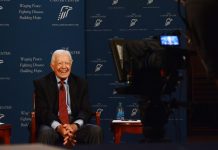