Home News & Opinion Atlanta Must Reads for the Week: @RapedAtSpelman, gun-grabbing toddlers, and the quixotic... 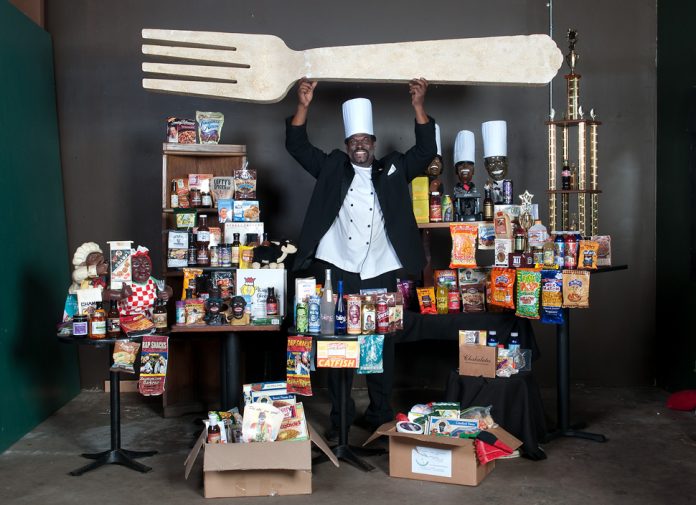 Following the Great Recession, many white homeowners have recovered better than black homeowners. That racial disparity is particularly evident in south DeKalb County, where homes are worth significantly less than similar-sized residences in the northern half of the county, which is mostly white. Badger reports:

When the new subdivisions were rising everywhere here in the 1990s and early 2000s, with hundreds and hundreds of fine homes on one-acre lots carved out of the Georgia forest, the price divide between this part of De­Kalb County and the northern part wasn’t so vast. Now, a house that looks otherwise identical in South DeKalb, on the edge of Atlanta, might sell for half what it would in North DeKalb. The difference has widened over the years of the housing boom, bust and recovery, and Wayne Early can’t explain it.

The people here make good money, he says. They have good jobs. Their homes are built of the same sturdy brick. Early, an economic development consultant and real estate agent, can identify only one obvious difference that makes property here worth so much less. “This can’t happen by accident,” he says. “It’s too tightly correlated with race for it to be based on something else.”

The communities in South DeKalb are almost entirely African American, and they reflect a housing disparity that emerges across the Atlanta metropolitan area and the nation. According to a new Washington Post analysis, the higher a zip code’s share of black residents in the Atlanta region, the worse its housing values have fared over the past turbulent housing cycle.

Read: Around Atlanta, the housing recovery’s great divide is in stark black and white

Kenneth Willhoite, 56, likes to do things big. A traveling caterer and chef, he’s prepared food for big events ranging from the 1995 Million Man March to the 2016 Masters Golf Tournament. By day, he chefs at Prime Meridian, the Omni Hotel restaurant at CNN Center with the big Downtown view. Each year, he gives big-name honorees one of his huge trophies on the floor of the Georgia State Capitol. He’s cooked for big-timers from Gladys Knight to Jesse Jackson. Last year, his museum broke ground on a garden in East Point with a name so big it reads like a run-on sentence. It’s called the World Soul Food Museum Michelle Obama White House Community Garden. The name of his former culinary association is pretty big, too: The National African-American Culinary Arts and Hospitality Association. That’s NAACAHA for short. He’s even received recognition from Gov. Nathan Deal for the Soul Food Museum’s “colorful collection of nostalgic Soul Food history.”

Yet none of that compares to his outsize vision for the future home of the World Soul Food Museum. It encompasses four centuries of contributions by African-Americans to culinary arts, hospitality, and agriculture. To complete the museum, he wants to raise $100 million over the next three years. That’s nearly twice the cost of Downtown’s National Center for Civil and Human Rights. But there’s no comparison in Willhoite’s eyes.

“Its [focus is] just civil rights. So that’s understandable. We’re culinary arts, hospitality, and agriculture. We’re three entities,” he says. “That’s vast, that’s humongous, and a hundred million dollars is not enough, truly, to do what we want to do.”

The New York Times on toddlers killed by their own gunshots

In a single week last month, four curious toddlers got their hands on loaded firearms that led to their deaths. Four reporters—Jack Healy, Julie Bosman, Alan Blinder, and Julie Turkewitz—traveled across the country, including Dallas, Georgia, to report on what led to the preventable tragedies:

Holston Cole was 3, a boy crackling with energy who would wake before dawn, his pastor said. He loved singing “Jesus Loves Me” and bouncing inside the inflatable castle in his family’s front yard in Dallas, Ga. About 7 a.m. on April 26, he found a .380-caliber semiautomatic pistol in his father’s backpack, according to investigators. The gun fired, and Holston’s panicked father, David, called 911. Even before a dispatcher could speak, Mr. Cole wailed “No, no!” into the phone, according to a redacted recording.

Mr. Cole pleaded for his 3-year-old son to hold on until the ambulance could arrive: “Stay with me, Holston,” he can be heard saying on a 911 tape, his voice full of desperation. “Can you hear me? Daddy loves you. Holston. Holston, please. Please.” Holston was pronounced dead that morning.

The local authorities have been weighing what can be a difficult decision for prosecutors and the police after these shootings: Whether to charge a stricken parent or family member with a crime. While laws vary among states, experts said decisions about prosecution hinge on the specific details and circumstances of each shooting. What may be criminal neglect in one child’s death may be legally seen as a tragic mistake in another.

Read: One Week in April, Four Toddlers Shot and Killed Themselves

On Monday night, an anonymous Spelman College freshman student posted a series of tweets from @RapedAtSpelman that claimed she was gang-raped by four Morehouse College students. When she filed a complaint, a dean at the school allegedly told her to give her attackers a “pass.” The tweets themselves are worth a read. Buzzfeed News, which has previously covered sexual assaults at Spelman, also has a thorough recap of the university’s response:

The woman’s experience of reporting a sexual assault between the two colleges—and officials pushing back on the idea that black women at Spelman are expected to protect black men at Morehouse—echo issues that students and faculty have attempted to address for decades. Both colleges are currently under federal investigation by the Department of Education for possible violations to Title IX, the federal law that prohibits sex discrimination in education.

In January, BuzzFeed News detailed the experiences of two Spelman students assaulted by Morehouse students who encountered obstacles reporting sexual assaults to authorities on both campuses. In the wake of the article, both colleges sent campus emails announcing changes to their sexual assault policies and initiatives.

This week’s “Raped At Spelman” tweets inspired two hashtags—#RapedByMorehouse and #RapedAtSpelman—that circulated widely within the college system. Many students, faculty, and others expressed support for the woman and called for both colleges to do more to address sexual violence and the gender and racial dynamics that often make it difficult for black women to report assaults by black men.

Vernon Jones is running for yet another elected post. Torpy muses on why the colorful and controversial former DeKalb CEO has a shot at winning a House seat:

When elected CEO in 2000, it seemed the savvy Jones was destined for Congress or better. But a mean streak also surfaced. He believes everyone has it out for him. In past elections, he has tried humility and has tried umbrage. Neither worked. This time, he’s touting experience, saying he’ll use his connections and years in politics to fight for a district that has seen home values plummet and not come back.

He’ll focus on DeKalb’s “good old days,” on balanced budgets, new libraries, senior citizen centers and increased green space. He’ll avoid discussing how a federal lawsuit found that his administration discriminated against white employees. Or how it cost DeKalb millions in attorneys’ fees. Or how a special grand jury in 2013 recommended investigating Jones for possible bid-rigging.

University of Georgia associate dean T.W. Cauthen parted ways with the school after engaging in “inappropriate” relationships with students—including exchanging messages through Grindr, a dating app designed for gay men. Rowell, a Sandy Springs native, offers the curious account of what led to Cauthen’s resignation:

It was not until about 30 text messages later, when Cauthen sent the student another photo of himself, that the student recognized Cauthen. “Oh, hey! … TW right?” the student said. “… I [might] have come over yesterday if I’d realized it was you.”

Apparently confused at the student’s recognition, Cauthen changed his tone. “I’m guessing you know me but I don’t know you. Whoops. This is why I don’t usually talk to folks under 22. But then again you fooled me with your age. Lol,” he said. “Didn’t realize you were still in school until we started chatting.” The student’s tone changed, too.

“I’m even more attracted now … Do you still want me to come over?” he asked after a few more texts were exchanged. “I wish that could happen. But I’m thinking that would be inappropriate. Don’t you?” Cauthen replied.

The student said he didn’t know, that Cauthen should not feel embarrassed about the situation and that he, the student, was “good with confidentiality.” A few text messages later, Cauthen expressed his disappointment, and the conversation ended shortly thereafter.